First, the Special Announcement: This Saturday, April 4th. Doesn't matter where you live - jump in your car, hop on a plane, run really super fast - however you do it, get yourself to the 4th Annual Autism Empowerment Egg Hunt! You know you want to. 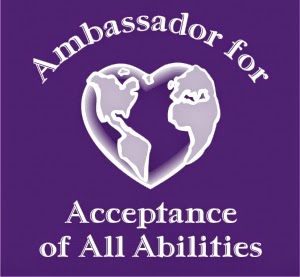 I'll be there, of course, and we'll also have a special guest singing the National Anthem: my good friend and former bandmate, Rich Ray, lead vocalist for the Led Zeppelin tribute band Ramble On. It will be epic.

Okay, now on to the random updates.

- Video Games: I finished Golden Sun a little quicker than I expected (I will confess, I used a walkthrough), so I've moved on to another cool Gameboy title that was made available on the Wii U eShop: Fire Emblem. 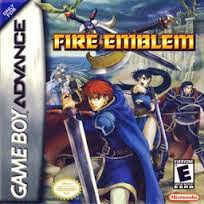 Apparently, this game is the seventh entry in a series of fourteen(!) games that have been around since 1990 and will continue with a new release that is coming out this summer. How did I not know about this?

This game is a RPG with a turn-based tactical combat system that is, frankly, quite addictive. The fact that your weapons have a limited amount of uses, and that any characters who are defeated in battle cannot be used for the rest of the game, lend a real sense of jeopardy to the proceedings (another confession: I use the Wii U Restore Point. A lot.) Combined with an intricate storyline and graphics that are even better than Golden Sun's (for the cutscenes, anyway), Fire Emblem has turned into one of those games that I have a hard time putting down while the hours just fly by.

- Writing: Despite my Fire Emblem preoccupation, I've somehow managed to write a draft of Book 3, Chapter 1. It was actually pretty easy - one morning, while in the shower, I was envisioning the scene in my head, and it just started to write itself, as the old cliche goes. Descriptions of the setting, lines of dialogue, and elements of the plot began flowing through my head, and I couldn't get out of the shower fast enough to write it all down (dripping water on your laptop is not a recommended practice, by the way.) This kind of thing has happened to me before, and I have to say that, despite the fact that it occasionally occurs at inopportune times (like at 3 in the morning), it's such a cool feeling. Now, if I could just replicate that process for the rest of the book....

- TV/Movies: Caught the first episode of Star vs. The Forces of Evil, which I guess already aired on the Disney Channel a couple of months ago but just made its debut on Disney XD. Good stuff, and a fun theme song to sing along to. Also ordered Seasons 3 and 4 of The Legend of Korra on DVD - when I'll find the time to binge watch them, I have no idea, but it will happen. Movies watched recently include Birdman, Whiplash, Big Hero 6, and Song of the Sea. All of them were really good, although not quite as mind-blowing as I thought they would be - perhaps my expectations were set a little high going in. And finally, can't wait for baseball to start back up next week, go Mariners!

Anyway, hope to see you all on Saturday!