I've been in an interesting headspace lately. It seems that the Flow that began back on June 22nd has never really stopped. 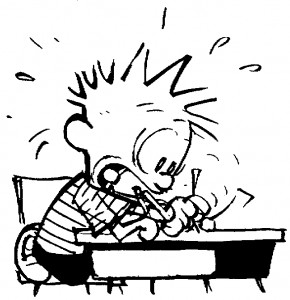 And it's been over a month now! See, what happened is that after I finished the screenplay for Nobody's Hero on June 29, I thought I was done. I was floating in the afterglow, with no ideas or concepts for anything that might happen to these particular characters after their final scene. In fact, I was pretty sure that I was finished with it - that this would be a one-and-done, standalone story.

That lasted for all of three days.

On Monday, July 2, at 4:51pm, I texted a question about the screenplay to the other guys in Second Player Score that was meant to be completely rhetorical - I wasn't expecting an answer, or if there was one, it was just supposed to be humorous at best. But then lo and behold, one of their answers unlocked an entirely new level: a clear path to Nobody's Hero II.

Just like that, the ideas started to pour in. By the next day, I already had a 10-page scene written that actually ended up becoming a "bonus DVD-only scene" but was the basis for what was to come. By July 6, I had a complete story outline. By July 9, I was up to 17 pages. And then, eight days later on Tuesday, July 17, the 112-page script for Nobody's Hero II was complete.

It didn't quite end there, though. Unlike the first installment, this second installment was constantly suggesting another part to come after it; basically, it was setting things up perfectly for Nobody's Hero III. The ideas for the final leg of the trilogy (yes, that's what it looks like it's going to end up becoming) required that I do a little bit of research, so I spent a few days looking up and absorbing the information I would need. But then once that was over with, I went right back to the writing grind.

And so now as of today, July 26, the script for NHIII is up to 55 pages and counting. When will it be done? Who knows. All I can say at this moment is: excuse me, but I have to stop blogging now, because there's a screenplay that I need to get back to.
Posted by Brian Tashima at 7:57 AM