One Of The Best Shows On Television Right Now Is...

...Gravity Falls on Disney XD (Felicity knew this way before I did, so hats off to her.) The show's writers do a great job of balancing emotion, action, comedy and suspense, making it something that people of all ages can get into - despite the fact that it's ostensibly a kids' cartoon. 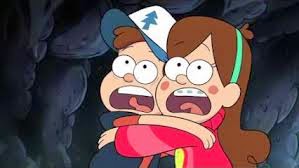 Anyone that writes young adult or middle grade fiction can learn a thing or two from this show. As its creator Alex Hirsch said in a recent interview, "first and foremost, it's a show about characters." That's a lesson that we, as writers, should always keep in mind - that no matter how many powerful spells or big explosions or scary monsters we have in our stories, the human element is really what resonates with our readers or viewers. We may not be able to raise the dead or fight shapeshifters, but Dipper's crush on Wendy, Soos' non-relationship with his father, Mabel's rivalry with Pacifica...now those are things that we all can relate to at some level.

Once you have that human element as the backbone for your story, then you can layer on all of the other cool stuff, which Gravity Falls also does an excellent job of doing. For example, the show's theme song is catchy and unique, and a number of episodes use variations of the theme to great effect whenever a certain mood is called for. And the inclusion of ciphers in the credits is a fun idea that engages the more sleuth-y members of the viewership. 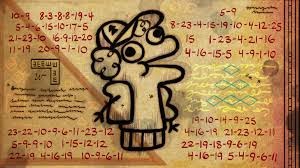 I love all of the episodes in both seasons so far, but the last two ("Mansion Noir" and "Not What He Seems") have really taken things to new heights. Especially the ending of "Not What He Seems." Man, that was intense. Anyway, in case you couldn't tell, I strongly recommend checking this show out if you haven't already. I'm glad I did. Globnar!!
Posted by Brian Tashima at 12:32 PM