After a handful of shows, Upper80 wasted no time in prepping a few songs for recording. For a studio, we chose Jackpot! Recording, since I had met the owner/engineer (Larry Crane of Tape Op magazine) at the NxNW music festival and he seemed like a really cool guy.

So, we went in and laid down four tunes, including a version of something that you may have heard in Second Player Score's set. Then, we decided to name the EP...oh wait, I'm getting ahead of myself...
Right around the time that this was all happening, there was an interesting little incident at our practice space. If you recall from Episode 11, the space we were renting was a storage unit in downtown Portland - basically a small room in a building where the other tenants were mostly just people looking for a place to stash their excess junk.

Portland, however, is home to approximately two-and-a-half gajillion bands, and the amount of available practice space is so limited that most places have a waiting list longer than whatever is super incredibly long. So, once word got out that our landlords were renting out storage units to bands (us) and letting them (us) practice there, other bands descended upon the building like a mad swarm of hungry termites.*

Next thing we knew, we had tons of new neighbors that not only practiced their music at the place, but also did a lot of...let's call it "hanging out." Now, I'm not judging them one way or another, but what ended up happening was that, one particular night - when we weren't there, mind you - a fire was accidentally set in one of the rooms. Yup, that's right, a fire. Fortunately, no one was hurt and nothing was really damaged, but needless to say, the landlords were not too pleased. They immediately terminated the leases of every band that was renting a room there, including us.

So now, we were out of a practice space. Fortunately, we were already well-rehearsed for the already-booked recording sessions, so that wasn't an issue, but since we had no place to practice once the sessions were finished, the forecast for Upper80's future was cloudy at best (see what I did there? Upper80, like a weather forecast? You know, "high temperatures in the upper 80s, lows in the lower 70s"...okay, never mind. You can stop groaning now)

Oh yeah, so to memorialize our getting kicked out, we ended up naming the four-song EP Evicted. We sent it out to a few places, sold a few copies, and then slowly faded away into the place that bands fade away into when they have no place to rehearse.

Next: Hiatus, Then A Chuck Palahniuk Novel Reference

* If the building were made of wood, which it wasn't, but you know what I mean
Posted by Brian Tashima at 7:14 AM No comments: 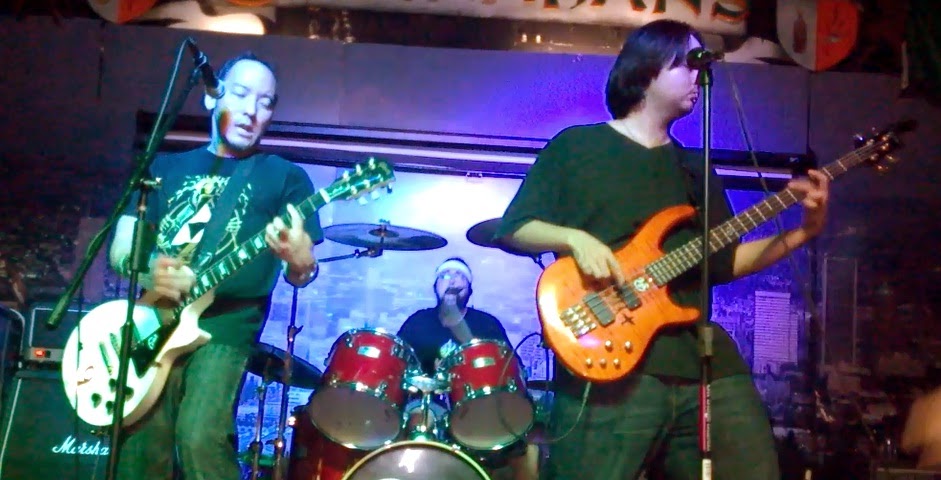 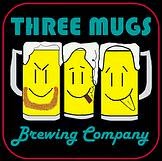 I'm now currently playing the Lego Movie game. Great movie, and decent game (although it's basically just like any other Lego video game). I'm also concurrently doing a replay of Ocarina of Time, since I realized the other day that I never actually finished that game, for some odd unknown reason. But the real question is, where are my pants?
Posted by Brian Tashima at 10:14 AM No comments:

How To Become A Rock Star

As I mentioned in my last post, I used to teach a music business class at Mt. Hood Community College. The subjects that I covered basically consisted of everything I learned during my years of playing in bands and running my indie label (Crash The Luau Records) - sort of a "learn from what I've done and don't make the same mistakes that I did" kind of thing.

One day, one of my students asked me the following question: "So, how do I become a rock star?" Now, not being one on the level of what she was talking about (e.g. The Beatles, Elvis, etc.), I didn't feel qualified enough to answer that question in the way she was hoping, but what I could offer her was my take on that subject based on my experiences and observations. Here's a six-point summary of what I said:

1. Do everything you can, and then some. Even if you have two day jobs and lots of other responsibilities, make the time to do at least one thing every day - think of a vocal melody while you're in the shower, post a flyer on your way to the store, e-mail a radio station on your lunch break.

2. Try anything and everything, because you just never know. My rock band in Hawaii, Tone Deaf Teens, sent a press kit to the producer of a local TV show that featured mellow "Hawaiian music" artists - it turns out that he was actually an AC/DC fan and was happy to book an appearance for us.

3. Get rid of self-limiting thoughts, like "I'm too old" or "No one plays this kind of music on the radio" or whatever. Other people will be more than happy to try and put limits on you, so don't help them out. Be your own biggest fan.

4. Don't compare yourself to others. Just because the members of that other local band all live with their parents and can spend eighteen hours a day working on their music and promotion doesn't mean that they'll go somewhere and you won't.

5. It's okay to get discouraged from time to time, but don't give up. Keep going. Remember that while a big part of becoming the Next Big Thing is luck, you can't win if you don't play.

6. Have fun. Relax. Work hard, but don't try hard, if you know what I mean. After all, the main reason why you make music in the first place is because you love it - right?

Or, of course, as readers of Book One know, you could try to find your way over to Spectraland to learn the secret of how sound waves affect human emotions, enabling you to write one undeniable hit song after another...
Posted by Brian Tashima at 8:49 AM No comments: 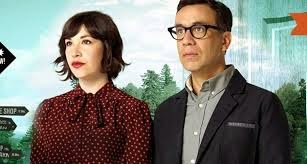 * Because remember, nobody actually wants to - aw, you know already
Posted by Brian Tashima at 7:49 AM No comments:

So, my son has to get his wisdom teeth pulled. He normally doesn't want me to post pictures of him in my blog or anywhere else, but I think in this case he won't mind.

I had my wisdom teeth removed when I young - fortunately, I only had two instead of four - and it was actually not that bad of an experience. The oral surgeon used local anesthesia plus nitrous oxide, and I got to listen to music on headphones while he operated. My music of choice? The album Powerslave by Iron Maiden. I recall basically just rocking out to that while I felt odd tinkering sensations in my mouth. Neat.

While the operation itself went more smoothly than I expected, it was what came afterwards that was the challenging part. A fair amount of discomfort, along with a liquid diet and whatever it is I had to do with salt water made the following few days less than fun. What helped make it better? Books. I couldn't eat much food, so instead, I devoured the entire Original Shannara Trilogy - all 1800 or so words of it.

I was hoping that by the time my kids had to go through something like this, some smart people would have perfected the technology to simply vaporize the teeth with lasers, or maybe transport them out of the mouth, Star Trek-style. No such luck, but I know that my son will get through it with his own distractions of choice. Hopefully that kind of advanced technology I described will be ready for the next generation (see what I did there)

Posted by Brian Tashima at 10:23 AM No comments: