After I started composing the first draft of Book One in late December of 2010, I set a goal for myself: I would write an average of 400 words a day, no matter what else was going on in my life. If that meant I had to stay up late or wake up early - or both - then so be it. It sounded pretty daunting at the time. Apparently, though, the ideas just came flowing out, because somehow, I was able to finish an 80,000-word draft by the end of April 2011 (appropriately, Autism Awareness Month) - which was more like a 650-700 word-a-day pace.
Naturally, a lot of that draft was utter garbage. I had an entire chapter near the beginning devoted to how Joel got his job at Art's guitar store in the first place, which was kinda interesting - to me, anyway - but really had nothing relevant to add to the story as a whole. Basically, the draft meandered around a lot, and it took a while before Joel even got to Spectraland at all. My friend and fellow author Roslyn McFarland, who was one of my beta readers, said something to the effect of: "It's a little hard to tell where this book is going, or what it's about." My son, another beta reader, was even more direct. After I gave him the draft, a few weeks went by and he didn't say a word about it. So, one day I asked him: "Hey, uh...have you read the book yet?" Him, somewhat sheepishly: "Well, I started it, but...I got kinda bored."

Well, then! Quickly realizing that they were right, I went back and axed a good 5,000 words or so from the beginning of the book and rewrote the first few chapters. The result was a first act that moved along a lot quicker and firmly established the story as a portal fantasy (Narnia, etc.) and not some weird dissertation about how a teenage kid should go about finding employment. So, in the immortal words of Emmet Brickowski, everything is awesome now, right? Uh...no.

Next: Rewriting...Will It Ever End?

P.S. If you've read Book One (the final version), please take a few minutes to leave a review of it at its Amazon page here. Ditto for Book Two. Mahalo!
Posted by Brian Tashima at 7:08 AM No comments: 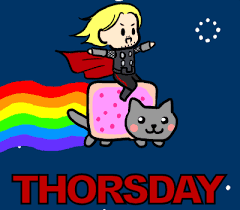 Okay, yeah, I know, you're thinking - but wait, Brian, just four weeks ago, you said that you were at 50,000 words. What the heck? You're going backwards, not forwards!

But that, my friends, is the writing process at work. That 50,000-word first draft, in this case, really just existed to help me find my bearings with regards to the story as a whole, and now I feel that I'm on much more solid footing when it comes to where I want to go with this next installment of the Spectraland Saga. And trust me, I'm still way, waaaay ahead of where I was at a similar juncture when I was working on Book Two, so all is good. I'm really happy with where things are at this point, and I'm confident that all of you will enjoy the end result ("But will we?" asks Felicity. Good question...)

On another subject, if you haven't yet registered for Autism Empowerment's 1st Annual Bowling Tournament coming up this weekend, it's not too late! Just go to this link here and sign up. It's easy, fun, and helps out a great cause, so I hope to see you all there!
Posted by Brian Tashima at 7:03 AM No comments:

This past Monday, I finally got a chance to fulfill a life-long goal: to see Iron Maiden, live in concert!
As I mentioned before, Iron Maiden is basically responsible for my wanting to pick up a guitar in the first place. So, as you can imagine, I was pretty stoked when they were scheduled to play in Hawaii, back when I was a teenager. I was also in the high school band, though, and unfortunately, we had to play at a football game on the same night of the concert, so I didn't get to go (later I found out that some of the seniors in the band skipped out on the game to go to the concert. Dangit!)

At the time I figured, ah well, there'll be more opportunities. But then as the years rolled by, they didn't come back to Hawaii, Bruce Dickinson left the band, and another chance to see them never materialized. Even after Bruce rejoined, the stars never really aligned, and I began to think that perhaps I wouldn't ever get to see what I consider to be my favorite band of all time.

So you can imagine my excitement when, about six months ago, I heard that their latest tour was going to be coming through Tacoma, Washington, just a two-hour drive from Vancouver! And it was on a night that I could go! My bandmates in Second Player Score are also fans, so we snapped up some tickets and patiently waited for the big day to arrive.

And arrive it did. We drove up in the afternoon, found parking by the arena, and went to have dinner at a nearby restaurant. Then we went in, bought the requisite overpriced concert T-shirts, and found our seats. After an opening band that featured the son of Maiden's bass player, the moment I had been waiting so many years for was finally here: I was going to see Iron Maiden!

They played a set that was about half newer stuff, half old stuff (what Bruce amusingly called "legacy songs"), and it was great. Yeah, they were a bit loose, and Adrian Smith and Dave Murray kind of annoyed me by not playing the old solos note-for-note, but I still had a great time.

P.S. If you haven't already, check out this video of the Spectraland All-Star Jam Band playing a cover of Iron Maiden's "The Trooper" (it starts around the 4:35 mark) at the Book One relaunch party back in 2013!
Posted by Brian Tashima at 6:58 AM No comments:

As many of you already know, April is Autism Awareness Month. Which is, like, seven hundred and twenty hours of autism awareness! And for twenty-four of those hours, my friends over at Neue Regel Radio will be holding their 3rd annual radiothon called 24 Hours For Autism, where live DJs will be taking requests in exchange for your donations.

The radiothon will start tomorrow, Friday the 8th, at 9am Pacific/12pm Eastern, and will run until 10pm Pacific on Saturday the 9th (1am Sunday for those of you in the Eastern time zone). If that seems like more than twenty-four hours, so what? That just gives you more time to tune in and donate $5 for 3 requests, $20 for 3 requests and a swag pack (which may include a copy of Fortress Storm Attack by Second Player Score, a Second Player Score T-shirt, and/or Books 1 and 2 of The Spectraland Saga), or $50 for 5 requests, a Neue Regel Radio T-shirt, and a deluxe swag pack!

And speaking of The Spectraland Saga, I'll be the subject of a special guest interview on Friday night at 6:30pm Pacific with none other than DJ Kyelzbub, the maestro of the awesome Northwest Xposure show that airs every Thursday night on Neue Regel. We'll be talking about books, music, autism, and all kinds of other stuff, so be sure to check it out!
Posted by Brian Tashima at 9:22 AM No comments: