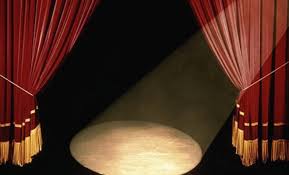 Last week my son got his driver's license. To me, it felt like just yesterday when he first took the wheel and started practicing, but then he reminded me that it was actually almost two years (!) ago.
He's a really good driver, so all of you on the road can relax. I think part of his skill comes from his attention to detail, while another part undoubtedly comes from years of Mario Kart training.

Also last week, my daughter successfully put in and took out a pair of contact lenses for the first time. She has sensitive eyes, but she's really motivated because she wants to have colored contacts as part of a costume that she's putting together. We must all suffer for our art...

Finally, fresh off of our show at the Ash Street Saloon, my band Second Player Score performed a daytime set at the Vancouver Brewfest.
We had a great time and the audience was awesome. The cool thing about this particular gig is that three years ago, Kyle (SPS drummer) and I were at the Brewfest as attendees, and he said, "One day we'll be playing at this event." And lo, it came to pass! Big mahalos go out to Cody Gray (Brewfest organizer) for having us and Al Jones (soundman) for a rockin' live mix. We're looking forward to doing it again next year.

Coming up next time: another Book Three status update!
Posted by Brian Tashima at 6:47 AM No comments: 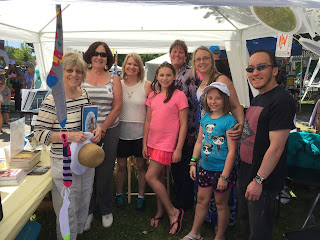 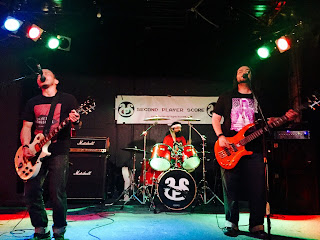 With the day's amazing journey thus concluded, we all loaded up our gear and headed off into the night. But not before catching a couple more Pokemon. Seriously, that place was loaded. I'm thinking that someone might have set up a lure or something...
Posted by Brian Tashima at 9:34 AM No comments: 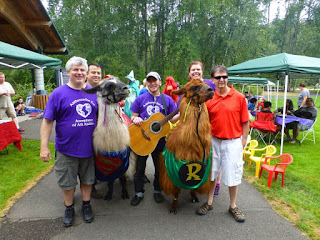 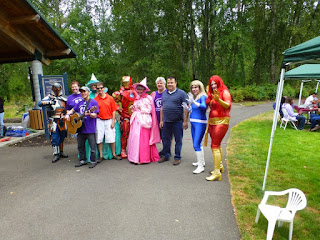 I will, however, be taking a break from writing this coming Saturday to be at two awesome events: the NIWA Children's Author Reading Booth at Wilsonville Fun In The Park 2016, and Second Player Score with The Adarna and The Shrike at Ash Street Saloon. Hope to see you there!
Posted by Brian Tashima at 7:15 AM No comments: