The other day my friend sent me this article (thanks Kara) about a 14-year old boy on the autism spectrum who is working toward earning his PhD in quantum physics. It's an amazing story - I recommend watching the accompanying videos as well.

It reminded me a lot of my buddy Ian Engelsman, who struggled with school and socialization until he started playing the drums (if you missed his story, check it out here.)

Not every autistic child will turn out to be like Jacob or Ian. But the message I take from this is that, as a parent, you should do everything you can to help discover, nurture and encourage your child's special interests - whether they are on the spectrum or not.
Posted by Brian Tashima at 9:52 AM No comments:

Email ThisBlogThis!Share to TwitterShare to FacebookShare to Pinterest
Labels: parenthood

Had a great time at the Hillsboro Farmer's Market on Saturday! Much mahalos go out to: Tina Jacobsen of Jacobsen's Books for hosting me, my stall-neighbor from Blue Raeven Farms for the pie (mmm pie), and everyone who bought a copy of Book One. And don't worry Nathan, we'll get that shrinking machine built one day. 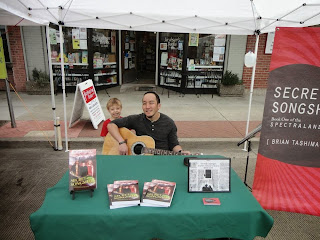 I'll be doing a few more events in October, so keep watching this space for announcements!
Posted by Brian Tashima at 9:45 AM No comments:

For those of you in the Portland/Vancouver area - or anyone else who feels like flying here on a last-minute whim (c'mon, you know you want to) - I'll be at the Hillsboro Farmers' Market this coming Saturday the 21st from 9am-1pm, signing and selling copies of Book One. You can find me in front of Jacobsen's Books at 211 E Main Street in Historic Downtown Hillsboro.

Afterwards, be sure to stick around for the Father and Son Book Launch Party for my friend/fellow author Ray Macalino and his son Damien! Details here.

Posted by Brian Tashima at 8:37 AM No comments:

Here are a few things I'm really looking forward to enjoying with my kids (and deriving creative inspiration from) over the next few weeks: 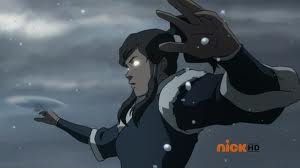 Starts tomorrow night on Nickelodeon! I loved the first season - especially the final episode, which made me cry somewhat emotional in a completely masculine kind of way.

Movie - Cloudy With a Chance of Meatballs 2 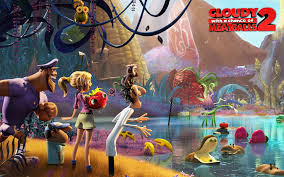 Okay, the previews do look kinda silly (and no, I'm not a big fan of puns), but c'mon - that whole "Steve/Shrimpanzee/Steve/Shrimpanzee/Shove/Steve!!" routine is epic. And as the author of The Spectraland Saga, I have a moral obligation to check out every island-based adventure story there is*.

Video Game - Legend of Zelda: Wind Waker for the Wii U 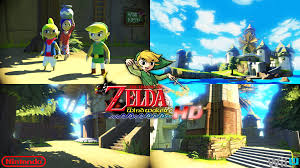 I never actually finished all of the side quests in the original version of this game, so now I get a chance to redeem myself in glorious HD. I. Cannot. Wait.

* On a semi-related note, when I saw this commercial I immediately thought "Hey that totally looks like Crownrock and the nearby coastline" (if you've read Book One - which I'm sure you have, right? - then you know what I'm talking about.)

One of the fun things about having this blog is that I get to go back and read prior entries about how Book Two is coming along. And by "fun" I mean "holy cow that is just so sad I have to laugh."

Let's take a little journey through time, shall we?

Thursday, August 23, 2012
"The Writing Process"
The earliest documented evidence that I was actually working on Book Two (and I quote: "I'm working on the second one in the series now. Really. I am. Seriously.") In this post, I note that Book One actually took about two-and-a-half years to create from inception to final draft, and then I say the following words: "I'm sure that Book Two won't take that long. I'm sure! I will keep telling myself that!" Ooookay Brian, whatever you say...

Friday, September 7, 2012
"Book Two Status Update"
Wow, this was almost exactly a year ago! Back then I said "Book Two isn't anywhere close to being done yet. Rest assured, I am hard at work on it. Really, I am." Just the fact that I had "Book Two" and "done" in the same sentence at that time makes me snicker. I also said this: "the details of about five chapters are pretty much solid." Almost all of those details no longer exist.

Monday, October 22, 2012
"Monday Awesomeness Alert and Book Two Status Update"
If you read this post you will see that the Awesomeness Alert had nothing to do with Book Two's progress, which was summed up thusly: "I've drafted about 4000 words so far, some of which will get cut, re-written, or otherwised sliced up and used as digital confetti (totally environmentally friendly, I promise)." Ah, how prophetic.

Monday, January 28, 2013
"The Writing Process and Book Two Update"
The first installment of my "Talkin' to Felicity" series, in which I confess to her that 17,000 words are basically destined for the recycle bin.

Thursday, April 4, 2013
"Talkin' to Felicity"
The second (and probably last) installment of this series, in which I tell her that I have 17,000 new words that I like a lot better. Five months later, only about 8,000 of those words still remain.

Wednesday, June 19, 2013
"Rolling The Book Two Boulder"
The money quote in this post is "But now I think I'm finally on the right track - cross your fingers - so hopefully we'll have a completed first draft sometime before the end of the year." I need to learn to stop saying things like that.

Wednesday, July 24, 2013
"Book Two Update: Remember, It's Just The First Draft"
This post makes me laugh the most, mainly because of this quote: "So at the risk of jinxing myself, I can say that I now feel like I'm finally back on the right track. Yes, I realize I've said that before, but this time I mean it." Hahahaha

Thursday, August 8, 2013
"Greetings From Spectraland: Day Four"
This was when I cleared my schedule and did nothing but write. I got the word count over 26,000, took a little break, and then submitted it to my editor (me) for review. He said "nope, still not working, try again." Tough SOB, that guy.

And that brings us to today. I have a new storyline and about 11,000 words. Since both the outline and winging-it methods haven't panned out so far, I'm trying something new: a hybrid technique where I wing it for a while, see where that takes me, then outline the next two or three chapters and go from there.

I'm not going to offer any predictions of a completion date or say something like "this time I think I've got it!" It's going to take however long it's going to take. And really, I'm not even halfway into Book One's 2.5-year timeframe yet, so I don't feel that bad. It's all part of the process of writing the best book I possibly can.

And all kidding aside, it really has been fun. In fact, I would say that it's been even more fun than the Book One journey because, this time, I have all of you folks along for the ride. Mahalo for hanging in there, reading my little status updates and waiting patiently for a book that will come out sometime within the next year or so, possibly in the fall of 2014 one day.
Posted by Brian Tashima at 10:23 AM No comments: