As you may know, The Spectraland Saga got some nice news coverage over the past week, starting with a story on the KATU 11 o'clock news last Thursday, a follow-up article on KATU's website the following day, and then an article in the Oregonian on Tuesday.

So, on behalf of Joel, Felicity and company, I'd like to say mahalo to Nick and Monty at KATU news, Amy Wang of the Oregonian, Lisa Cohn of Arts Seen and Heard PR, and everyone who liked, shared, and left supportive comments on the related Facebook posts! You guys are awesome.

By the way, I'll be appearing at Autism Empowerment's November Autism Social/Game Club tomorrow night at 6:30 (click on the link for details). So, if you're in the Vancouver/Portland area (or have access to a private jet and/or a teleportation device of some kind), come on down and have some fun with us.

Happy Thanksgiving everyone!
Posted by Brian Tashima at 7:53 AM No comments:

Most of the previous drafts of Book Two contained a prologue. Now, I'm not usually a huge fan of prologues in general, but I had a particular vision of this one in my head that was just screaming to get out. What I wanted to do with it was to create sort of a beginning-of-the-movie effect that set a mysterious tone, dropped you right in the middle of the action, and made you wonder what, exactly, was going on. As it turned out, I may have been a bit too successful.

My editor and my beta readers all had different opinions about different parts of the novel, but one thing in particular that they all agreed on - independently, mind you - is that the prologue was kind of confusing, and mostly unnecessary. They all thought that it made it difficult to "get into" the book from the start, which is basically death if you're an author who, you know, actually wants people to enjoy your work.

So, I took a deep breath and killed my darling, one of the few sections of Book Two that had actually survived multiple deletions and revisions up until that point. And, whaddya know, my editor and beta readers were right - it made a huge difference. Suddenly, the book seemed to flow so much better from the get-go, and I was all, like, "eureka!" Seriously, I actually did say that out loud, which startled my cats.

I still have a soft spot for the prologue, though, and it still makes sense within the context of the remaining story - none of the subsequent revisions that I made to the rest of the book negate or contradict anything that happened within the span of the prologue's 1,093 words. So, I figured, what the heck - I'll just publish it as bonus content on my blog! Does it count as official Spectraland canon, you ask?*

Well, I suppose it does, since I'm the author of both book and blog. Of course, I reserve the right to change stuff in the future - even with the already-published material - but I promise I'll never make Greedo shoot first  Joel into a ten-foot-tall mutant mushroom creature from Neptune, or anything like that.**

So, with that, I present to you in all of its original glory, the deleted prologue from Book Two, Mystery of the Moonfire...after the jump!

* Okay, you probably didn't really ask that, but whatever
** Although that actually sounds like kind of a neat idea

Read more »
Posted by Brian Tashima at 7:04 AM No comments:

Well, here we go with the first...well, uh, actually, second status update for Book Three of the Spectraland Saga. The first was back in March when I started working on Book Three in earnest while I waited for my editor to review the first completed draft of Book Two.
At this point, I have an outline and 4,000 words done. This time around, I'm pretty sure that I've learned from my mistakes with all of the Book Two false starts - my outline is solid, I know the direction that the story is going in, and I'm not making any attempts to "pants" it (pantser: noun. a writer who writes by the seat of their pants, meaning that they don't plan anything out in advance).

So, if all goes well, I should be able to get a draft over to my editor sometime next year, which would put me on track to have Book Three out in 2017 - only a two-year gap instead of three! In the meantime, of course, please enjoy the fruits of my previous labor and pick up a copy of Book Two (and Book One, if you don't already have it).

Also, next year will see the release of Second Player Score's second album, which I've laid down some tracks for over the past couple of days (for three songs titled "Demon's Kiss," "Circles," and "Never Let Me Down"). As I may have mentioned before, it's going to be a semi-concept album, so that's sort of like a new book, right?

Posted by Brian Tashima at 7:15 AM No comments: 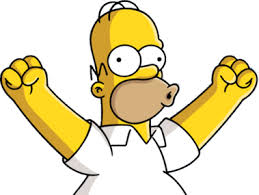 Where is "here," exactly? Well, it is all of the following links:

Order one for yourself, and one for all of your friends (it makes a great holiday gift). And don't forget, in case you don't already have Book One (gasp), you can get a Kindle copy of it now for just 99 cents! Book Two functions just fine as a standalone story, but since all seven books in the series make up one continuous overall arc, it is much more enjoyable if you've already read Book One first.

Also, check out the newly redesigned website here. And after you've finished reading Book Two, feel free to leave a review of it at Amazon and Goodreads!

Posted by Brian Tashima at 6:56 AM No comments: