Happy to report a couple of recent successful events: the launch party for Volume Six at Kazoodles Toy Store, and Autism Empowerment achieving our goal of raising $15k during Give More 24! 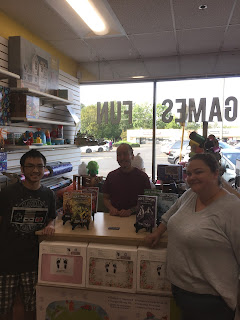 Of course, these events wouldn't have been successful without the help and support of some very awesome people: Leah at Kazoodles, my son Torin, and, of course, everyone who came out to the launch party (including the people who weren't there for it but ended up buying a copy of Volume One!) as well as the folks who donated to Autism Empowerment last Thursday. You all rock.
And with that, we are now moving on from coverage of Volume Six and will be turning our full attention to Volume Seven, of which you will see status updates in the near future. I'm also going to be making more in-person appearances, the next of which will be the annual Words & Pictures Festival next month. The festival is in a different format this year, with multiple events spread out across multiple time slots and locations, but it's shaping up to be just as (if not more) awesome as usual, so stay tuned for details!
Posted by Brian Tashima at 7:37 AM No comments:

If that sounds good to you, then simply go this link and make a donation. Even just the minimum of $10 will be greatly appreciated. All donations are 100% tax-deductible, and best of all, giving feels good! I know this first-hand, because not only have I donated already, but I also donate to Autism Empowerment (on an ongoing basis) one dollar for every Joel Suzuki book that is sold.

Thank you! Mahalo! Arigatou Gozaimasu! Gracias!
Posted by Brian Tashima at 1:04 AM No comments:

Just a reminder that I will be at Kazoodles Toy Store in Vancouver this Saturday from 3-5pm to celebrate the launch of Joel Suzuki, Volume Six: Dance of the Darkeye! 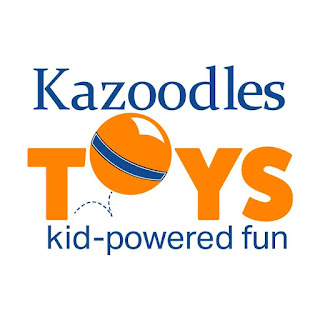 Kazoodles is located at 13503 SE Mill Plain Blvd, Suite B-3, Vancouver WA 98684. In case you can't make it, fear not! I have two more appearances scheduled for October that I will be announcing later, so stay tuned...
Posted by Brian Tashima at 7:23 AM No comments:

Yes, after weeks of my usual build-up posts, Joel Suzuki, Volume Six: Dance of the Darkeye has been officially launched! 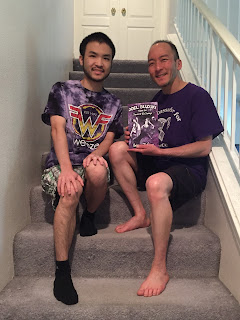 Thank you so much to everyone that has helped make this journey possible so far: Karen and John from Autism Empowerment, editors Susan DeFreitas and Kristen Hall-Geisler, cover artist Jill Colbert, my fellow authors in the Northwest Independent Writers Association, Society of Children's Book Writers and Illustrators, and Willamette Writers, all the fans, readers, teachers, media, bookstores, schools, nonprofit organizations, and everyone else who has supported the series, and, of course, my two amazing kids.
If you want to get your hands on a copy, it's available online from these sources:
Amazon - Paperback Edition
Amazon - Kindle (ebook) Edition
Barnes & Noble - Paperback Edition

What Is "Indigo," Anyway?

So if you've been following along with the whole Joel Suzuki series thing, then you probably know that Volume Six is meant to be the "Indigo Book." 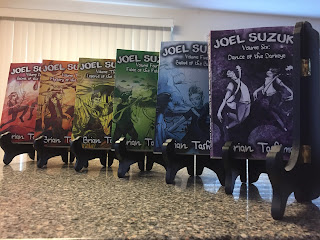 In case you don't recall, there's a blog post from way back in March 2013 when the series was still called The Spectraland Saga where I explained why there were going to be seven books (later changed to a possible eleven - maybe) and that the whole idea was going to be that each book would correspond to a color on the visible light spectrum aka the rainbow.
When I first started working on cover concepts for Volume Six, I had informed my cover artist (the awesome Jill Colbert of Manfish Inc.) of the indigo color scheme, and in the end, the cover you see now is what came out. I was very happy with it, but it wasn't until after I had approved the proof copy and set all the launch mechanisms into motion that a thought suddenly hit me:
What the heck, exactly, is "indigo," anyway?
It's funny that I had never really given it much thought before. There were just vague notions floating around in the back of my mind based on my work with Indigo Editing as well as the color scheme on my own Joel Suzuki website. I had even made a fake cover for the Volume Six title announcement post where I used Microsoft Paint and chose a color that the program calls "purple."
So this led me down a rabbit hole where I wanted to find out what the actual definition of indigo really is. And as it turned out, the answer is a lot more complicated than I had anticipated. Apparently, there is some argument as to its actual position on the electromagnetic spectrum, with some people claiming that it isn't even really part of the spectrum at all. And for those who do acknowledge its existence, there are multiple different tones of indigo, each of which are quite distinct from one another.
At first I was a little distressed by this. All kinds of first-world-problem thoughts swirled through my mind, like "do I need to have Jill redo the cover?" and "if so, what should the color actually be?" and "does this mean I need to order yet another proof copy?" and "do I need to push back the launch date?" and so on and so on.
But then I realized that for a story that is set largely within the multiverse*, it actually makes a kind of sense for the color of its cover to be the enigma that indigo is, and that the interpretation of indigo that we went with is perfectly fine, because it can be considered this particular universe's version of indigo (whereas another universe might prefer the one that is more a shade of blue, etc.)
A cynic might say that I'm just trying to come up with a justification to be cheap and lazy and not do any more work, but I feel like there must have been a reason why I didn't stop to think more about "indigo" before the book was finished (after all, I had driven Jill crazy with a number of other nitpicky changes, none of which included questioning the color), and that this whole multiverse connection was that reason.
Or, you know, whatever, maybe I'll have it changed later.
P.S. Now whenever I see a color that is some shade of purple on anything from cars to cat toys, I think to myself, "could that be considered indigo?" Yes, I'm weird.
P.P.S. Also, at least I got a blog post out of this whole thing.
* I realize that multiverses are kind of the "in" thing right now in science fiction, but I swear that the idea for Volume Six to take place in the multiverse was planned out years ago. I mean, it's not a new concept, after all. The timing just happened to work out.
Posted by Brian Tashima at 6:52 AM No comments: