Torin and I put together a short video announcing the launch date of Volume Three (full official title - Joel Suzuki, Volume Three: Legend of the Loudstone). In it, we also talk about the Earth-based chapter of the Wavemaker Order. So check it out!
Much mahalos go out to Torin for doing the video editing, some band called Second Player Score for providing the background music, and my friend Kara McCollum for giving me the selfie stick that we used to film this. You guys rock.

Oh, and don't forget, I'll be signing copies of Volumes One and Two at the Portland Spring Home & Garden Show tomorrow (Friday) night from 6-8pm. Hope to see you there!
Posted by Brian Tashima at 6:40 AM No comments: 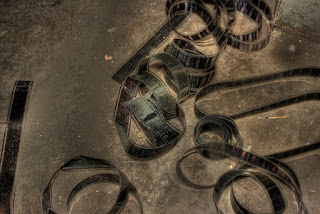 Read more »
Posted by Brian Tashima at 6:38 AM No comments:

So, as promised in the Big Announcement post from about a month ago, I have another exciting new development to share with you!
To help celebrate the launch of Volume Three and the rebirth of the Spectraland Saga into the Joel Suzuki series, my son Torin and I are starting up a virtual community called the Wavemaker Order. For those of you who don't know, the Wavemaker Order is the group of music-magicians from Spectraland - plus Joel and Felicity - who use their powers to help people and perform good deeds. The Earth-based chapter won't be able to perform any mystical wavecasts, unfortunately, but we will have a similar purpose. More than just a fan club for the book series, we will be a force for positive cultural change. Our goal will be to make this world a better place not only for people on the autism spectrum, but for people of ALL abilities.

And just how are we going to do that, you ask? Well, if you sign up, we'll share the master plan with you. Joining the order is free and easy - all you have to do is provide us with your email address. And as a bonus for joining, you'll gain access to the Wavemaker Archives - a members-only page on the Joel Suzuki website that will contain all kinds of cool exclusive content, including deleted scenes and more. You'll also receive regular emails from us that will contain updates on our mission's progress along with personal - and by personal, I do mean personal - messages from me that will reveal things not found in any public forum (including this blog!)

A sign-up page will be added to the website soon, but why wait? Email us at joelsuzukiseries@gmail.com right now and say "Yes, I want to join the Wavemaker Order!" Torin and I look forward to working with all of you on this very worthy and epic quest. Mahalo.

Posted by Brian Tashima at 6:37 AM No comments:

The new cover art for Volume One is complete! Much thanks to the fabulous Jill Colbert for doing an amazing, amazing job. Check out more of her stuff at her website here. If you're in the market for an album cover, book cover, or any kind of cool art, I highly recommend her.

Oh - where is the cover art, you ask? Well, it's been posted on the brand new Joel Suzuki series Facebook page, so go here to check it out! And while you're there, go ahead and give the new page a "like." Mahalo!
Posted by Brian Tashima at 7:09 AM No comments: