Yup, you heard right. The first draft of Joel Suzuki, Volume Four is officially complete. At the moment it's clocking in at a robust 77,000+ words, which - based on past experience - should grow to be around 80,000 (i.e., about 320 pages) by the time it's finalized. Woohoo!
So right now I'm just going to let it bake for a little while before I come back to it in a few days. After that I'll do some more revisions and cleanups, and then once I have a "Draft 1-A" prepared (probably in a couple of months or so) I'll send that off to my editor for her to savagely rip apart - um, I mean, offer some gentle feedback after lots of careful and sensitive deliberation (Hi Susan!).

Once that part of the process is complete, I'll settle into full-on rewriting mode, which should take somewhere around 6-8 months. Or maybe less. Or maybe more! Either way, the target launch date for Volume Four is April 2019, so I'm still right on schedule.

And what, exactly, is Volume Four about, you ask? Well, let me tell you. Or not! Suffice it to say that there is a time travel element to it (which I previously disclosed) and that the storyline will also be getting progressively darker, a development that was promised here and here. If the first three books in the series were borderline PG/PG-13 (maybe sort of a PG-11 1/2), then this one definitely falls on the PG-13 side of things. There's still no swearing, mind you (Joel hates swearing), but it's sort of like what Goblet of Fire was to the first three Harry Potter books. Uh huh, yeah, you know what I'm talking about.

Today I would like to give thanks to all of you who have supported the Joel Suzuki series, Second Player Score, and, most of all, Autism Empowerment. Whether you're a newcomer to the cause or have been with us since day one, believe me when I say that your efforts, contributions, purchases, and fandom have been and will continue to be greatly and sincerely appreciated. 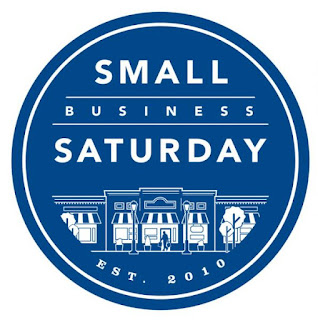 Anyway, regardless of what you're doing today (eating turkey? watching football? both?) and tomorrow (waking up early to buy socks?), come on down to Vintage Books this Saturday to do some of your holiday shopping. It's all part of Small Business Saturday, and there's a great slate of local authors lined up for the day, including yours truly along with To Catch a Killer author Sheryl Scarborough from 1:30-3:00pm. There will also be giveaways, drawings, swag, cookies, and cats, so hope to see you there!
Posted by Brian Tashima at 7:19 AM 2 comments: 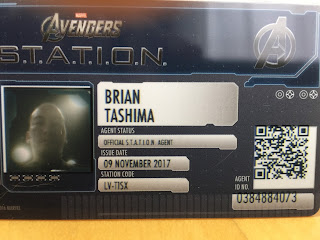 'Ello, Marshall Byle here. I'm the lead singer and guitarist of the Grammy Award-winning rock band Biledriver. I'm sure you've heard of us. If not, go on and read these books, they'll tell you all about us.

I'm here today to talk about band names. Names are important. Especially the name of your band. Your band's name can be the difference between stadium-level rock stardom and never getting out of your bloody basement.

Here are some examples of band names that I consider to be among the best in all of rock 'n' roll:

- Soundgarden. A unique combination of short and simple words that reflects the band's straightforward, no-frills approach. Also, the name was inspired by a sculpture in Seattle. Perfect.

- Mudhoney. The name alone just sounds like grunge, don't it? It also has that cool assonance thing going on as well. And as the crowning touch, it actually came from a Russ Meyer film.

- Guns N' Roses. Such a rock 'n' roll name. And it was just a combination of two previous bands, L.A. Guns and Hollywood Rose, so it's free of pretension. Mostly.

- Nine Inch Nails. I don't care much for the three separate words deal, but at least each word is short, not like "Second Player Score" or whatever. And it really conveys the image of the band.

- Biledriver. Of course, the absolute best name in rock, hands down.

There are others, of course, but I think you get my meaning by now. I could also list examples of terrible band names, but I have to see most of those blokes at concert festivals and award ceremonies, so I won't go there. Not today, anyway.

So if you're starting up a new band, keep my advice in mind, and maybe one day I'll see you in the Rock and Roll Hall of Fame.
Posted by Brian Tashima at 6:00 AM No comments: 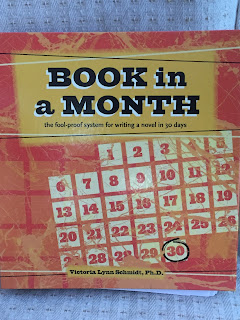 Take a look at the picture above. Can you spot what I'm talking about?
Posted by Brian Tashima at 6:25 AM No comments: