Beer and Ramen Is Here!

Yes, the brand-new EP from my band Second Player Score has been officially released! 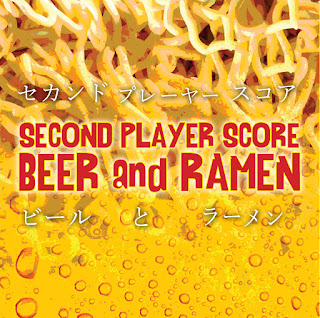 You may recall this previous post from February that showed us in the studio, laying down tracks. Since then, the song count has been whittled down from seven to five, as the Japanese-language version of "Gloria" didn't make the cut and the "Collab Song" is being saved for another day, but otherwise everything else is what I said it would be.
So, where you can hear the end result? Well, just go to the Second Player Score website at www.secondplayerscore.com, where you will find links to all the streaming options (courtesy of an exclusive arrangement with TuneCore Japan) as well as a CD purchase option. You'll also find a video we filmed for one of the songs ("Ue wo Muite Arukou") that features us drinking beer and eating ramen out of beer steins (hat tip to Yuu Japanese Tapas in Richmond, B.C.). Special shout-out goes to Visual Reel Entertainment, our representation company in Japan, for helping set up the distribution and promotion efforts.

Kanpai!
Posted by Brian Tashima at 12:46 AM No comments:

You know how when you write a weekly blog post and you know you're going to have a bunch of stuff to talk about in the coming weeks* but for one week there just isn't really much of anything to say? Well, this is one of those weeks. So in the meantime, please enjoy these pictures of food and cats. 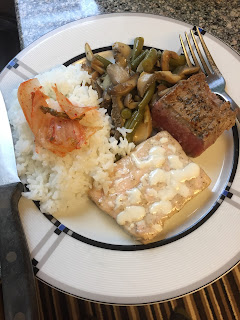 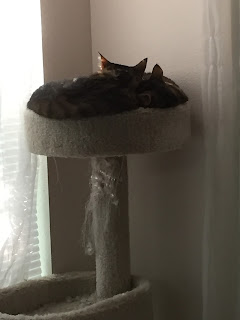 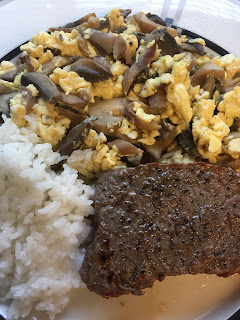 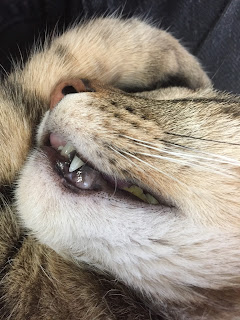 * Including a new music announcement, status updates on Volumes Six and Seven, a TV Roundup post, and more
Posted by Brian Tashima at 12:58 AM No comments:

I Knew Representation Was Important When I Was A Kid

As you've probably already guessed by now if you've been following this blog or any of my other activities, I'm a huge Star Wars fan. Have been ever since I was a kid. Even as an eight-year-old, however, I noticed that there was nobody in the original movie (Episode IV) that looked like me, specifically someone of Asian descent. 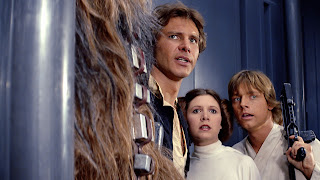 I didn't let this fact bother me or deter my fandom, however; I simply came up with the idea - apparently this process is now called "headcanon" - that all the characters in the film were technically aliens and therefore not of any one particular race or ethnicity, at least far as we know them on Earth (embarrassing admission alert: if I remember correctly, I believe I even wrote some short fanfic that said that Luke, Han, Leia et al were all descended from an original race called "Force-ians," or something like that.) Anyway, with that justification in mind, I was able to continue enjoying the subsequent entries in the franchise even though there were still no Asian actors (in George Lucas' defense, I've heard - whether this is true or not, I have no idea - that he originally wanted to cast Toshiro Mifune as Obi-Wan or Darth Vader, but was turned down).
Since then, diversity and representation in Star Wars and other works of pop culture in general has increased, which I obviously view as a positive development (there are many, many articles on the Internet that explore this topic in more detail; I'm just relating a bit of my own personal experiences here). Again, if you've been following this blog or any of my other activities, you know I'm a big proponent and supporter of diversity, inclusion, and representation. My Joel Suzuki series of novels has an Asian-American on the autism spectrum as its lead protagonist and includes a number of other characters from various minority communities. Some of my other projects (Glorified and Try Again Tomorrow being examples) also feature leads of Asian descent. I think it's important for kids to see reflections of themselves in the media that they consume, and so it's my hope that I'm doing my part so that nobody has to come up with a label as embarrassing as "Force-ian."*
* Although maybe Luke and Leia, being the children of Anakin who some theories say was directly conceived by midichlorians, could actually be considered "Force-ian"? Don't get me started
Posted by Brian Tashima at 12:42 AM No comments:

The Legend Of The Ghost Pepper, Revisited

In this week's episode of my band's podcast Second Player Speaks, we reminisce about the time almost ten years ago we went to local burger now-chain Killer Burger and attempted to eat their ghost pepper burger. I remembered that I had written a blog post about the experience, so for those of you who missed it or don't remember, I am republishing it today for your reading schadenfreude.* 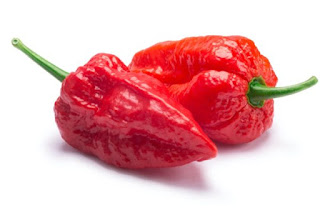 Once coherency had returned, I did some research and found out that the ghost pepper, or Naga Bhut Jolokia, is roughly TWO HUNDRED TIMES hotter than Tabasco sauce. And that it can be used as a weapon. Well, duh.
I thought I could handle spicy foods. Turns out I had absolutely no idea.
Originally published 9/17/2012
* Pleasure derived from someone else's misfortune
Posted by Brian Tashima at 12:58 AM No comments: 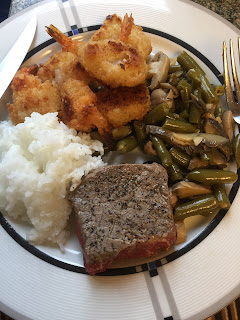 The ingredients:
Twelve pieces pre-breaded shrimp
Ten-ounce ribeye steak
One can of mushrooms
White rice, quantity to taste
One cup of green beans
Cook rice like always
Trim steak, add salt and pepper
Don't forget both sides
Preheat the oven
Follow directions on box
For the breaded shrimp
Add some oil to pan*
How much oil? Just a little
Set stove to seven
Cook the steak to your
Desired doneness level
Turn heat down to five
Remove steak from pan
Drain water from the mushrooms
And also the beans
Add both to the pan
Turn heat down to one
Stir, wait, stir, wait, stir
If you followed all
The directions for the shrimp
Then they should be done
Remove 'shrooms and beans
Combine everything on plate**
Make sure stove is off
This makes two servings
Total prep and cooking time
Thirty-five minutes
Crack open a beer
Take picture, post to Facebook
Sit down and enjoy
* Believe it or not
Yes, "oil" is one syllable
"Oi" is a diphthong
** Also, "everything"
Is really three syllables
English is so weird
Posted by Brian Tashima at 7:55 AM No comments: