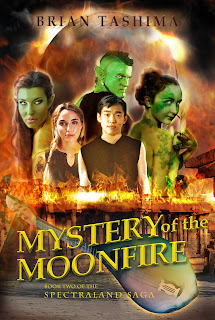 "Huh? What are you talking about?"

"Our summer tour - which one of our shows did you like the best?"

"Yeah, I guess it is," Joel said, frowning again. Well, that didn't work, he groused to himself. He turned his attention to the small waves that were lapping up onto the shore at regular, ten-second intervals.

"I liked the one we did in San Fran," she finally said, pulling a lifepod out of her supply pack and taking a bite. "The crowd was kinda small, but they had a lot of energy, and it seemed like they really knew our songs."

"Um, sure, but...to be honest, I thought that you were mad about that one."

"Why did you think that?"

"You know, like, 'cause you threw your guitar across the stage."

"Dude, I was excited," she said. "You know, having fun, getting caught up in the moment. I felt like doing something crazy, so that was it. Probably not the smartest move, I know, but hey - rock 'n' roll, right?"

"Now you're just saying that. C'mon, seriously. What happened to the guy who disagreed with me about Marshall's first two albums?"

What happened to the girl who seemed to be interested in me as more than a friend? is what Joel wanted to say, but instead, he went with: "Um, I'm still here."

"I know that," she chuckled. "But remember right after that whole deal, when you had so much confidence? You were talking, smirking, telling me about appreciation. Then, I dunno, it was like after we got home, you just sort of went back into your shell, even after the band started to take off."

"I, uh...I guess I was just afraid of turning into a jerk. You know, like Marshall."

There's that word again, Joel thought. "But, like, how?"

"I'm not really that familiar with James Bond."

"More like...more like Han Solo. Or, well, maybe Luke in Return of the Jedi when he was going to Jabba's palace. That was pretty hot."

"Dude, c'mon. You're a rock star. A real one. Just think and act like it. Stand up for yourself, you know?"

"Well, um...I disagreed with you a few minutes ago."

"So was that being confident?"

"Eh, that was more like...actually, I'm not sure what that was. I dunno, it's complicated."

That's for sure, Joel thought. He looked out again at the waves, which were now arriving every seven seconds.

"Anyway," Felicity said, "what I'm trying to say is - don't be afraid to say what's on your mind, or to say how you feel about stuff. Don't worry about what other people think, or if they agree with you or not."

Joel could feel himself start to blush. "Um, thanks."

"I dunno," she said, "maybe I'm a little extreme. You know, sometimes I can't help myself. I think it's like a defense mechanism, to be honest. So no, don't go that far. Just be yourself, or whatever. Accept and embrace who you are. Be the best version of Joel that you can be."

"Yeah, I think we hang around that guy too much."

(then something arrives, but it's not what they were waiting for. Dun dun dun)
Posted by Brian Tashima at 6:42 AM