Is it backwards that I did a 2017 looking-forward-to post last week and now I'm doing a 2016 retrospective after New Year's Day? I don't think so, because I had to make sure 2016 was over before I put this post together. I mean, who knows, some other awesome stuff could've happened during the last few days of the year!* 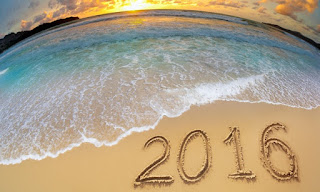 With that said, here are the highlights of the year and their associated blog posts, in chronological order:

January
When my friends from Los Angeles and Hawaii came to Book Two's launch party at Shanahan's. I had a great time hanging out with them. I also can't believe that Book Three was only about 40% done (and just the first draft!) at that point.

February
So much to choose from in this month! I think it's a tie between all the cool news coverage that Joel and company received and the author visit I did at my daughter's school.

March
READCON at Shahala Middle School was the highlight of this month, hands down. It even beats the fact that I finished the first draft of Book Three (which I will read one day and laaaaaugh).

May
Maybe it was discovering an awesome writing routine that really seems to work for me. Or maybe it was going to dinner at K-Town. Hard to decide.

July
The drafts of Book Three and Album Two were completed, and the month was capped off with the super-fun Autism Empowerment picnic at Salmon Creek Park.

August
My son got his driver's license! Yes, this is a highlight, trust me.

September
My friends Charles and Kirsten got married in Hawaii! Yes, this is a highlight, trust me. Oh, and Comic-Con and the Zelda concert with my kids. Wow. What a month.

October
By far the high point of this month came when I had this revelation in the shower.

November
Album Two was released. And my daughter drew me a portrait of Joel and Felicity for my birthday. Awesomeness overload.

December
This article came out in Spectrums Magazine. My friends Mike and Tiff had their first child (yes, this is a highlight, trust me). My friends from Hawaii and Hawaii/Portland came to Album Two's release party. Rogue One.

Here's to an equally-or-even-more awesome 2017!

* No, I'm not being facetious. I'm choosing, for the sake of this post, to be positive
Posted by Brian Tashima at 6:39 AM