There are times when my daughter and I struggle to find video games that really capture our interest. This is not one of those times. Here's a rundown of what we've been up to: 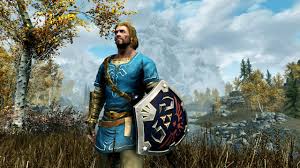 The first thing I should point out is that my daughter is now at an age where we're both more-or-less comfortable playing MA-rated games together, depending on the actual content. I originally played Skyrim on the Xbox at a friend's house a while ago, and while I didn't have time to get too far, I enjoyed what little gameplay I did get to experience. Then, when we were on a family trip earlier this year (so that my daughter could meet her favorite YouTube animators in person), we had some time to kill in a local mall so she played Skyrim at PLAYlive Nation. She had fun - sort of - so when the game came out for the Switch, and we learned that you could get Link's clothes from Breath of the Wild and a Hylian shield, we were sold. I haven't found that stuff yet, but I have managed to kill a few dragons and complete a decent amount of quests. Depending on how the rest of the game goes, it might end up finding its way into my all-time favorites.

Legend of Zelda: Breath of the Wild 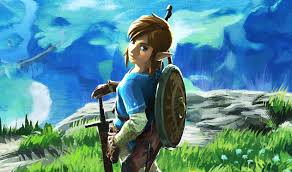 Speaking of Breath of the Wild, when I (pretty much accidentally) finished the main quest back in June, that was on the Wii U. We also had the game for the Switch, so we were doing a replay on that system while still mopping up loose ends (e.g., finding Korok seeds) and doing the DLC stuff (Trial of the Sword, etc.) on the other system. This game is so good that it easily absorbed most of our time, especially since I was having trouble really gaining traction in Stardew Valley. Of course, now that there are a bunch of other games to play, it's been temporarily put on the backburner, but I'm sure that we'll come back to it eventually once we hit another dry patch. 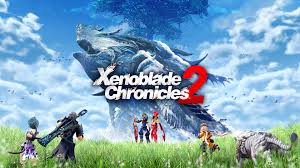 I had been waiting so long for this game. But now, thanks to Skyrim and some other stuff (see below), it's been sitting unopened in our stack of Switch games, like an item on your to-do list that you just haven't had the time for. Pretty positive we'll get to it during the winter break. 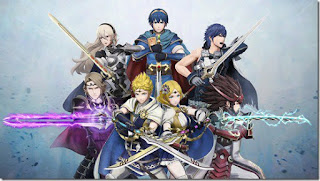 When you combine all the hack-and-slash gameplay that you love about the Dynasty Warriors franchise with the strategy and storylines of the Fire Emblem franchise, you end up with a great...oh, who am I kidding, I mostly just play this for the hack-and-slash. Sometimes, there's nothing more therapeutic than some good old-fashioned button mashing. 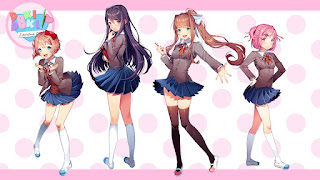 This blog is family-friendly, but believe me when I say that this game is definitely NOT. Family-friendly, that is. It looks innocuous enough on the surface, but their warning of "this game is not suitable for children or those who are easily disturbed" should be taken very, very seriously. The only reason I was okay with my daughter playing it is that she found it and played it first before I even knew what it was. One day I was walking around and heard the cutesy game music coming out of her computer and thought "well that sounds pleasant." She's mature enough now that I'm cool with it after the fact, and when I played it we discussed it during and after, but for you parents out there, try to be more responsible than I was and make sure you know what your kids are getting themselves into.

Okay, with all of that out of the way, I have to say that this is a pretty mind-blowing game, especially if you're a fan of subversive psychological horror. Without getting too far into spoiler territory, it's kind of like if you took that Gravity Falls episode with Giffany and mutated it into something that would be shown on, say, HBO instead of Disney XD. It's been practically all I can think about since I played it, and although the Joel Suzuki series won't be morphing into adult horror fiction any time soon, I have to say that this game has had a profound influence on my creative muse and will probably show up somehow in my future works (maybe Second Player Score's fourth album will feature a song titled "Just Monika.")
Posted by Brian Tashima at 6:17 AM