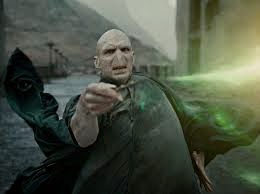 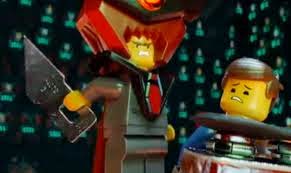 Lord Business aced his "James Bond Villain" class, as evidenced by how he expertly left Emmet and the Master Builders in the Think Tank instead of hanging around at a safe distance (or even checking the scene on some remote monitor on his way to Bricksburg) to make sure that the self-destruct mechanism really did go off. Good job, Lord B!

Drago - How To Train Your Dragon 2

This burly dude simply hovered in place while Hiccup slowly and carefully broke the Alpha Bewilderbeasts' hypnotic hold on Toothless, rather than, I don't know, flying away, hitting Hiccup with his spear (which he actually tried to do after it was too late), or virtually anything else. Well done, Drago! (although you get a few points deducted for only saying "How are you doing that?" instead of making a longer-winded speech.) 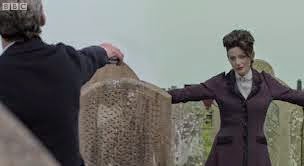 As Felicity pointed out last week, instead of making at least some kind of attempt to get her control bracelet back, Missy just stood around and did basically nothing while Cyber-Danny was shouting out orders to his fellow Cyberzombies. It probably would have just taken a simple "yoink!" but she obviously couldn't even be bothered to do that. Didn't she want the Doctor to have his birthday present? Oh well. Bravo, Missy!

(Disclaimer: I am a big fan of both of the above movies and, of course, Doctor Who. I kid because I love.)