And so we come to the end of another summer movie season. Where did the time go? Into some kind of Madeleine L'Engle-inspired tesseract, apparently, whose sole purpose is to ensure that I notice a movie out on DVD/Blu-Ray that makes me say "Wasn't that just in theaters, like, a week ago?"

As always, these are not really reviews - I just riff randomly about films that I've watched. And besides, I don't think that one can actually say whether a movie is "good" or "bad," you can just say whether you liked it or not. "Good" or "bad" are totally subjective adjectives when it comes to art. Unless, of course, you're talking about this. So here we go, and watch out for the spoilers...

The Secret Life of Pets 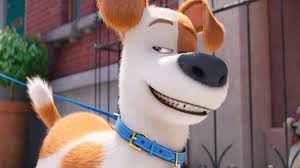 I think this movie threw me off by casting Louis C.K. as Max, the lead character. I kept expecting him to break into some kind of angsty, profane rant, but, of course, this being a kids' film, he never did. I'm a big Louis C.K. fan, and that might actually have led to my enjoying this movie a little less than I expected. I liked him better as The Horrifyingly Sweaty One-Armed Monstrosity in Gravity Falls. 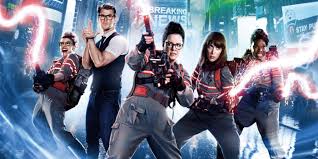 Dug the casting. The movie itself? Not so much. I caught myself giving it courtesy laughs and then thinking, "Wait, no one actually cares if I'm really laughing at these jokes or not. Unless there's some kind of secret audience-monitor-camera recording our reactions that will determine whether or not the sequel gets greenlighted. In which case, you're welcome, Mr. Feig." 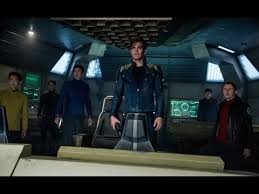 I loved this movie. Loved it loved it loved it. Did I mention that I loved this movie? And no, I am not being sarcastic. Why do you think I'm always being sarcastic? I guess it's kind of hard to discern sarcasm without context and/or body language, which is why there are so many misunderstandings with electronic communication and people need to resort to emojis and whatnot. Having a couple of novels under my belt, I try to think of myself as a writer, someone who can communicate these sorts of things effectively without using that kind of stuff, but, well, I guess nobody's perfect. Anyway, I loved this movie. Go see it. :) 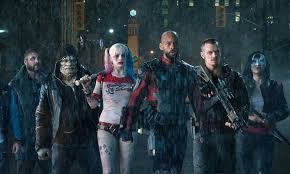 Remember when I said that I didn't hate Batman v Superman as much as everyone else seemed to? And you all probably thought I was some kind of softie who doesn't like to say anything really negative in his blog and if I do, my blog editor (an imaginary friend that we will call "Suzi," just because) will censor it, because after all, I have copped, numerous times, to not hating the Star Wars prequels? Well...this movie...I have to say that I [censored, too negative. -- love, Suzi. xoxo]

Kubo and the Two Strings 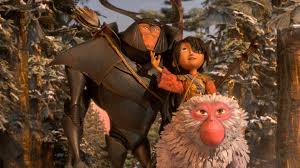 I probably went into this one with my expectations set way too high. I mean, it got a great percentage rating on Rotten Tomatoes, like 9999.99% or whatever, but then I realized that that rating just basically indicates the proportion of reviewers that said they didn't exactly hate it, which means that if you make something that is generally pleasing across the board and doesn't really hack too many people off, you stand a pretty good chance of getting a solid score on the good ol' tomatometer (many fun ways to pronounce that word).

Anyhoo, I think that some of my disillusionment with this one is my own fault, because of my authorish background. I found myself saying the characters' lines in my head before they said them, and (correctly) predicting exactly what was going to happen next. Which is not necessarily a bad thing. Seriously! It's more like...you know, after you take an advertising class in college and then you can never watch TV commercials the same way again. Or, I dunno, okay, maybe it's not really like that, but you know what I mean, right?

Anyhoo, it was a good movie, and I loved the magical musical instrument aspect of it, and please go see it many times and buy multiple copies of the Blu-Ray when it comes out and give them to all your friends, because I really want this movie to succeed so that it paves the way for a film adaptation of the Spectraland Saga. Think of it as a personal favor to me. Mahalo.

And with that, summer officially comes to an end. Coming up in future roundups: Doctor Strange, Rogue One, Fantastic Beasts, and all the movies I didn't have a chance to fit into my schedule but will undoubtedly be showing up on DVD/Blu-Ray within what feels like the next 48 hours or so. Thanks, Madeleine L'Engle.
Posted by Brian Tashima at 6:43 AM