Summer of Joel: A Recap

Anyone familiar with the episode of Seinfeld titled "The Summer of George"? Well, this summer has been kind of like that for Joel Suzuki and company, except that we've been super busy while George Costanza basically just sat around in his pajamas the whole time. So I guess the two summers really aren't similar at all. Anyway, on to the recap!

On July 15th, I took part in the inaugural Words and Pictures Festival at Cascade Park Community Library. I did a presentation and a reading and got to meet some really cool fellow authors as well as the fine folks from Vintage Books. 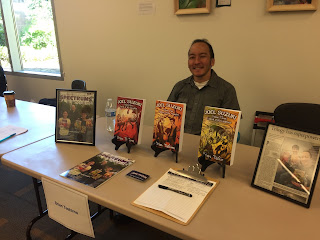 The following week, Joel, Torin and I traveled down to Eugene, Oregon for Family Literacy Night at the Eugene Barnes and Noble. While I was there, I learned that Timothy Zahn, the author of the Thrawn books for the Star Wars Expanded Universe (now called Star Wars Legends), lives in the area and even did a local author visit to the store!

Besides geeking out, I also had a great time hanging with my good friend and fellow author Roslyn McFarland, her daughter (also an author!) Gwendalyn Belle, and Ben Brock (also an author!) from Barnes and Noble. Be sure to check out their books when you get a chance. 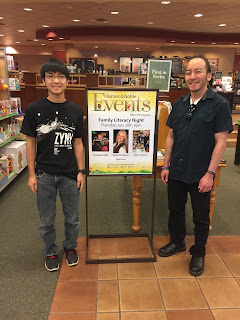 Then on August 1st, I got the great news that I'll be a panelist at the Association of Writers and Writing Programs' annual conference in Tampa, FL next year! I'll be joined by three other terrific authors (Naseem Jamnia, Beth Vrabel, and Melissa Hart) and we'll be talking about disability in children's literature. Can't wait!

A couple of weeks later, we headed out to Camp Odakoda, a summer camp for children on the autism spectrum. I did a little introduction and then we were off to the races, because everyone had so many questions! The campers were all so smart and inquisitive, it was really awesome. 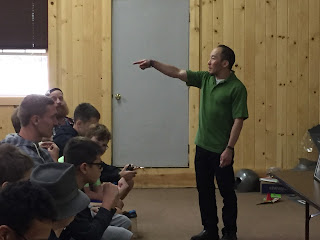 A few days after that I took a trek over to Lewiston, Idaho, where I was a featured speaker for The Green Apple Project's Speaker Series at the Lewiston City Library. The Green Apple Project is a wonderful non-profit organization that, similar to Autism Empowerment, strives to promote autism awareness and acceptance through support groups, education, special events, and more. 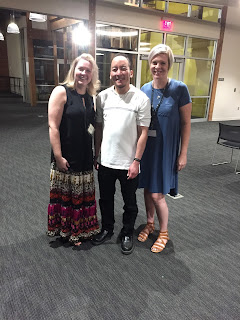 I really can't say enough about how fantastic everyone I met over there was. Their kindness and generous hospitality really made me feel welcome, and they shared the same passion that I have for creating a culture of acceptance for people of all abilities.

And it's not over yet! This weekend I will be at the US Autism and Asperger Association's annual conference, which this year is taking place right here in Portland, Oregon. The conference is open to all, so come on down and check out Autism Empowerment's exhibitor booth.

* Which, if you're not familiar with the show, is what he would say when he was happy or excited
Posted by Brian Tashima at 5:18 AM