Screenwriting Update: This Stuff Is Addicting

Before you read this post, I would recommend catching up with the story by reading the following previous posts. You don't have to, of course, but then that would be like starting on the Harry Potter series by reading Prisoner of Azkaban (am I comparing the Brian Tashima Blog to the as-of-this-moment best-selling novel series of all time? Only you can decide). 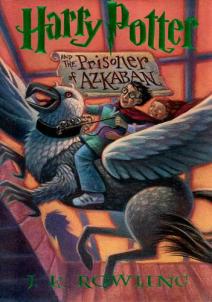 Okay, so anyway, I told you in "Can't Blog. Writing" that the script for Nobody's Hero III was up to 55 pages and that who knows when it would be done. Well, now we know. It was completed six days later, on August 1st. After that, the story of those characters was pretty much complete, wrapped up with a neat little bow (and a tiny, tiny cliffhanger). So then the question was: now what? The draft of Joel Suzuki, Volume Four was still with my editor, so working on that wasn't an option. Should I get back to Joel Suzuki, Volume Five (which was sitting patiently at 8000 words)? Should I get back to the screenplay adaptation of Joel Suzuki, Volume One? Should I start on the unnamed secret project I mentioned in this Quickie Status Update post from July 21st?

As it turned out, the answer was: none of the above. What I did end up doing was writing a bunch of scripts for some short films that are loosely based on actual events regarding my band, Second Player Score. The whole concept behind them was to take the traditional structure of a full-length screenplay and distill it down to 1/10th of its normal size. I'm not sure where the idea to do something like that came from, but my guess is that it's the same source that basically used me as a human typewriter for the original Nobody's Hero script (which you'll know all about if you've followed my advice and read the "My Surreal Screenplay-Writing Experience" post first).

I need to digress here to establish something, which is that I've found screenwriting to be really, really, really enjoyable. Addicting, even. Its stripped-down format really forces you to focus strongly on story, dialogue, and character, removing the luxury of being able to lounge around in endless descriptive paragraphs about what your protagonist is wearing or eating or how many grooves are in the mandibles of the black-furred insect-demon creatures that are currently threatening to tear her to shreds (which, actually, sounds like kind of a fun idea. Excuse me while I add that to my list of projects to work on). And, to be honest, story, dialogue, and character have always been my favorite things to focus on, whether I'm writing my own stuff or reading other people's works.

So I guess you can imagine that, as much fun as I've had writing the scripts for the Nobody's Hero trilogy, I would have even MORE fun writing these short films, since they would have to be stripped down even MORE. And you would be pretty much correct. They were like a writing exercise that would be assigned at some kind of writing conference, only I got to pick the subject matter and I wouldn't have to read them aloud in front of thirty-five strangers if I didn't want to. The whole point was to try to convey the drama and the humor and the satisfying story beats of a two-hour film in, basically, eleven minutes. Which, come to think of it, is probably the goal of the writers who craft all of those excellent television cartoons like The Amazing World of Gumball and Star vs. the Forces of Evil, among others. Hey, you guys, let me know if you ever want me to guest-write an episode.

Anyway, I've written four of these things so far, and I figured I would share with you the loglines for each of them. For those of you who don't know, loglines are those little one- or two-sentence descriptions of a movie or show that you see when you're surfing through the choices in Netflix and/or your local cable provider.

Second Player Score Short Film #1: O-Story
A stoner bassist has twenty-four hours to finally put a promising band together before his practical-yet-stuffy girlfriend sells all of his gear for rent money.

Second Player Score Short Film #2: Gam & Honey
A musical and romantic duo that gets lost on the way to their next gig must find their way back before their career - and, possibly, their marriage - is irrevocably ruined.

Second Player Score Short Film #3: Battle of the Bands
A new band enters and wins a battle of the bands, only to get disqualified. Now they must work to clear their names before this setback leads to dire consequences for everyone involved.

Second Player Score Short Film #4: The Chronic-les of Beernia: The Architect, The Alchemist, and The Assembler
When three slacker bandmates are given special abilities by their alternate universe counterparts, they must use their new powers to complete a series of tasks before an uncertain fate befalls them.

And there you have it! I deliberately wrote each of these short films so that they could be easily produced on a relatively shoestring budget (i.e. iPhone video + Adobe Premiere Pro, for which I'm piggybacking on my son's student account), so maybe, just maybe, you might start seeing them pop up on the Second Player Score YouTube channel in the near future. Maybe.
Posted by Brian Tashima at 6:29 AM