Most Popular Pieces Of Pop Culture That I Have Not Seen Or Read...Yet

Now, most of you who read this blog on a regular basis probably know that I'm pretty well-versed in pop/nerd/geek/whatever-you-want-to-call-it culture. I'm capable of carrying on in-depth conversations regarding everything from big-name franchises (Star Wars, Harry Potter, the MCU, Doctor Who, Legend of Zelda, etc.) to the more niche-y stuff like anime, Killing Eve, Black Mirror, and so on.

But! Given the absolute wealth of great stuff out there these days, it's practically impossible to be on top of it all. Yes, even for a card-carrying nerd such as myself, there are still some seemingly ubiquitous pieces of pop culture that manage to evade one's radar for whatever reason, be it lack of access, lack of interest, or, simply, lack of time. Here are a few examples of stuff that I have had basically zero exposure to so far: 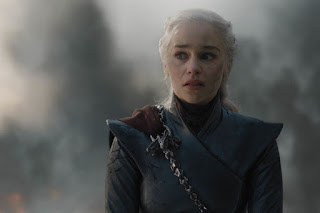 Gasp, I know. I've actually read the first four installments of the book series upon which this show is based, but I've not seen one iota of the show itself except in previews, commercials, and still shots. It's mostly because it's only available (I believe) via HBO and Hulu, neither of which I subscribe to (yet). I did get some amusement out of all the public outcry over something Daenerys supposedly did in the recent penultimate episode, though; in fact, all that hubbub is what inspired me to write this blog post in the first place.

The Fast and the Furious 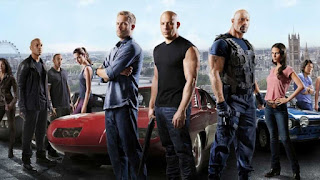 Somehow, while I wasn't looking, this little movie from 2001 about illegal street racing has turned into one of the biggest media franchises of all time. And yet, despite there now being nine full-length feature films, two shorts, multiple video games, toys, and theme park attractions, I've only ever seen bits and pieces of it in trailers. I've heard that there's an animated spin-off in development at a streaming service I actually do subscribe to (rhymes with "Yetflix"), so who knows, maybe I'll start there. 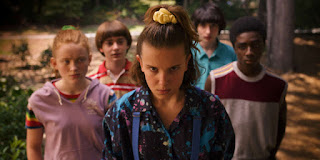 Or maybe not, because even though I do subscribe to Netflix, I've never seen this particular show, which apparently is one of the service's crown jewels and is very popular with the other guys in my band. Actually, correction - the bass player for Second Player Score did try to have me check it out a few years ago, but about ten minutes into the first episode I started to get sleepy (the Korean BBQ we ate beforehand certainly didn't help), so he changed it to Kung Fury instead. And, well, if you've been following this blog for some time, you know how that turned out. 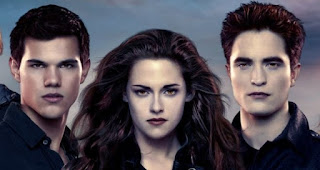 Maybe not so surprising? I mean, I don't know, the fact that it's paranormal romance shouldn't have been a factor, as I've read and enjoyed other works in that genre before, and as far as the alleged dubious writing quality goes, I've read lots of stuff that has prose - and even basic grammar and punctuation - that could be considered below-average at best, so I don't see why that should've deterred me from giving this series a chance. Besides, I've always been a proponent of not putting much stock into a preceding reputation without checking out the subject in question for myself first.

No, I think the real issue preventing me from reading these books has been my general snobby resistance to super-popular stuff that I haven't been on board with since the very beginning - a filter that even got applied to things like Harry Potter and Legend of Zelda, if you can believe that (a friend eventually convinced me to give Harry a shot, and my daughter did the same for Zelda, so I'm very grateful to both of them for that). So, if you have some compelling reasons why I should start on the Twilight saga now, let me know!

Star Trek: The Ones That Start With "D" 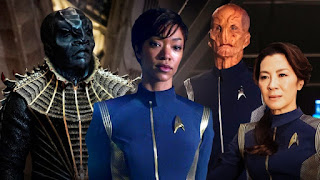 i.e., Deep Space Nine and Discovery. Oh, and the Enterprise prequel. I have seen just about everything else, though. 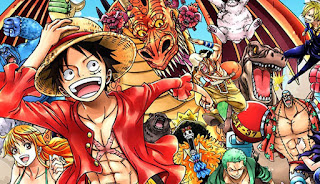 As you're aware, I've been watching a TON of anime lately. I've managed to get pretty deep into most of the heavy hitters (Naruto, Bleach, Death Note, etc.), but one that I have not sampled yet is One Piece, a show based on the best-selling manga of all time. Why, you ask? Again, mostly because it's only available on Hulu. Man, maybe I'm really gonna have to just give in and sign up for that darned thing already (it does have other stuff I want to check out, like the second and upcoming third seasons of The Handmaid's Tale and the umpteenth-infinity-billion seasons of Bleach and Naruto, both of which ended on Netflix after only a few seasons). Then again, there really is only so much time in the day.

So there you have it, proof that even uber-geeks can have blank spots in their punchcards that need filling in. What are some of yours?
Posted by Brian Tashima at 6:42 AM