Apparently pizza and pop-punk music are a thing. I did not know this. There are even articles and podcasts and reddit threads devoted to and/or named after this subject. 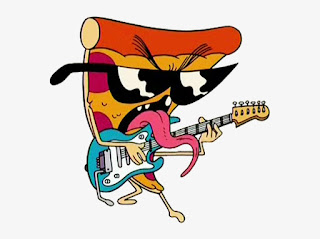 I was pleased to discover this connection because I and my pop-punk - or #nerdpunk, as we like to call our own particular brand of the sound - bandmates in Second Player Score are, and have always been, huge fans of pizza. Collectively, we probably eat a football field's worth of the stuff over the course of a year (exaggeration? You decide.) So I guess it makes sense.

Here are my current favorites: 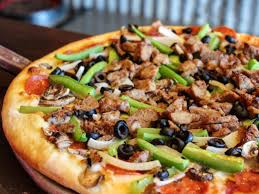 Anyone who lives in my neighborhood knows this place. Or if they don't, they should. Every other Saturday, my kids and I will order an 8" cheese with no green sprinkles (for my daughter), an 8" pepperoni (for my son), and an 8" Mount Hood (for me), which is basically a supreme-style pizza with pepperoni, Italian sausage, bell peppers, mushrooms, onions, and olives. We're to the point now where they have our order basically memorized, which is how you know you've achieved "regular" status. I'm not sure what makes it so good, but my daughter has said that "there's just something different about it." Indeed, my dear, indeed. 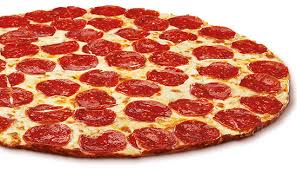 My go-to place when cheap, fast, and lots are the keywords. 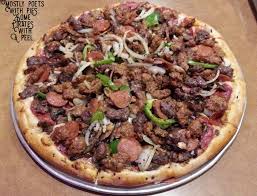 Speaking of lots - good lord. This place, with four locations around the Portland area, piles on the toppings like there's no tomorrow. Two slices of their Combo Supreme 1 and I'm done. Carrying out from the Gresham store has become a tradition whenever I'm hanging at Dan the Bassist's house to watch movies and/or play card games. Second Player Score has even performed an acoustic set at their Milwaukie site! 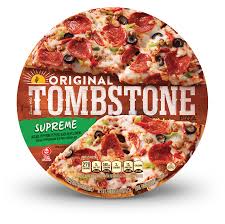 As far as frozen brands go, I've been eating this particular one for years. At four bucks a pop, you can't really go wrong - although I do tend to eat the whole thing myself in one sitting for whatever reason. 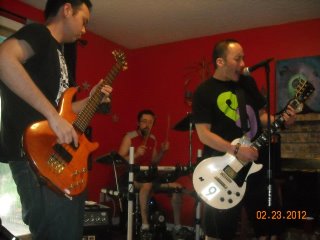 Although all of the above are great, Kyle the Drummer's wife makes THE best pizza, hands down. She makes the dough from scratch, and her Garlic Chicken Pizza is especially to die for. They used to have pizza parties at their house and Second Player Score would perform (I work for pizza, but only if it's made by Kyle's wife). The parties became less frequent as time went along, a lamentable development that inspired me to write a script for a SPS-origin-story short film that includes a scene at a Gilbert Residence Pizza Party, partially out of historical accuracy but mostly so that they would need to throw another one. My dream is to one day start up a pop-culture-themed brewpub that would serve Kyle's beers and his wife's pizza so that everyone would have a chance to experience the sheer joy that comes with consuming such delights. I'll be the guy in the corner booth, passed out.
Posted by Brian Tashima at 6:36 AM