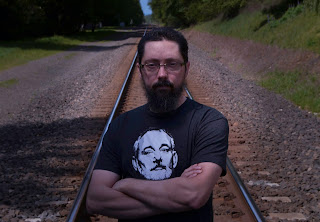 In 2012, little did Vancouver local Kyle Gilbert realize, but he embarked on two separate journeys that would end up intertwining to become one big dream. In the spring of 2012 he began working with local musicians, Brian Tashima and Daniel Downs, on a musical project that quickly became what is now Second Player Score. They all not only shared a love for playing music, but also the craft beers scene. Weekends became an opportunity to get together, play music, and share a new beer. By that summer though, Kyle was bored with just drinking beer, he wanted to make it too. So he took an All Grain brewing class, obtained some equipment from a friend, and began brewing up recipes he found at his local brew store, Bader Beer & Wine Supply.

Kyle was a quick learner and after a few brews, he began developing his own recipes. His recipes started off trying to embody the expected characteristics of their style, but quickly evolved into styles that were less than traditional. Beer recipes started taking on different themes, like when Kyle’s wife made Pumpkin Sage pasta and he thought this would be a great flavor combination for beer. Next thing he made was Pumpkin Sage beer, utilizing the left over pumpkins from Halloween and the sage growing out in his backyard. Another theme was that of Christmas Breakfast. It was tradition to have Danish Abelskivers for Christmas Breakfast at Kyle’s, so he set out to make a beer for that. Well, what better than the flavors of roasty coffee, maple syrup, and pecans. That led to Maple Pecan Porter, which is now in itself a Christmas Tradition. This practice spawned a lot of creative and interesting beers, but none as interesting as what was to come.

In the summer of 2016 Second Player Score was almost done recording their second album. It was a concept album written to play out like a movie, and carried some very dark undertones. That summer Kyle had the idea of maybe making beers that would be made to match with each song on the album. He had already been working on the final version of the band’s favorite beer, an English Brown Ale. As this was the first beer of the line it was dubbed Origin Story. Next he was brewing a Russian Imperial Stout, and thought how Imperial Stouts tended to be really intense. So he switched up the recipe to be a completely over the top rock music beer and it was dubbed after the lead track on the album, Bonestorm.  Bonestorm was categorized as Brutal imperial Stout to just further embody the metal-esque nature of the song, and it was brewed to a volume of 11 percent for the sole purpose of being able to say that “This beer goes to 11.”

In the spring of 2017, Second Player Score had released the album Nobody’s Hero and Kyle had 5 beers developed for the line to match the album. One day on Facebook he’d noticed a local band he liked, The Without, had been picked to be part of the McMenamin’s Blasphemous Collaboration Series. This is an event in which the brewer at the Crystal Ballroom pairs with a band, and together they develop a beer recipe to embody the characteristics of the band’s sound. McMenamin’s then brews up a batch of the beer, and the band gets to play a show at Lola’s Room where the beer is poured that night on tap. As soon as Kyle heard this he knew that Second Player Score had to be a part of this. He emailed the McMenamin’s Head Brewer and told him what he was doing with the beers for the album. In less than an hour he was contacted by the Crystal Ballroom’s brewer who thought, after listening to the songs and reviewing the beer styles, that this would be a perfect pairing. Not only is Second Player Score going to get to play a show at an awesome venue, but Kyle will actually get to see one of his beers poured on tap at a local establishment known for its beers.

Now it is the fall of 2017. The date has been set, Nov. 21st, for the show with Second Player Score. On tap that night they will be pouring Head Of Sin Dark IRA, based off of Kyle’s recipe, and perfected by the McMenamin’s skilled brewers. Head Of Sin is a dark rocker from the Nobody’s Hero album, and the beer is definitely dark and sinfully good. It tempts you with a malty sweetness, but then follows up with a roasty bitterness, and a strong hoppy punch. All the while still maintaining a smooth finish and silky mouthful not expected from this mean brew.

Whether you are a beer lover, music lover, or both, there is something for everyone at Lola’s Room on Nov. 21st. Great beer, epic tunes, and good friends…speaking of friends, Second Player Score invited their friends The Toads and The Shrike to perform as Special Guests that night. So don’t waste any time. Get to the Crystal Ballroom website or Facebook page and get your tickets for the Nov. 21st Blasphemous Collaboration show with Second Player Score, and the guest of honor Head Of Sin Dark IRA. Doors open at 7pm and the show ends at 11pm, so you still have time to get home and sleep before work the next day. Even if you’re tired, who cares!!! Anyone can work one day tired, only to be off for Thanksgiving the next. Not everyone will be able to say that they rocked out Tuesday night to 3 awesome bands, and drank epic beer that tasted like the music.

For more about beer and other random stuff, check out Kyle's blog here.

Can't wait 'til November to get your dose of Second Player Score? Check them out this Saturday at the Lombard Pub (3416 N Lombard, Portland, OR) with Stab In The Dark and 100 Proof. Show starts at 9pm, no cover, 21 and over.
Posted by Brian Tashima at 5:09 AM