That's right, it's time for another edition of Anime Roundup! No real theme this time, just the usual disclaimers: (1) these are not reviews, they're just my random personal observations, and (2) there may be spoilers. Hajimemashou! 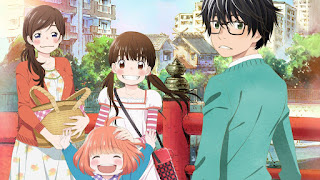 Q: Can a show that is ostensibly about shogi (Japanese chess) make for compelling viewing?

Because really, this show is actually about human emotions and relationships, which it does an excellent job of portraying. It's a great representative of the "slice of life" anime sub-genre in which the viewer is basically like a fly on the wall, watching the characters experience triumphs and failures as they go about their day-to-day lives. There's really no plot per se, and no "Big Bad," but it's extremely heartfelt and relatable. Oh, and it does even manage to infuse shogi matches with all the drama and tension of a championship sporting event.

I decided to check this one out after hearing someone on a YouTube video say that it was their favorite anime. Personally, I found it a little slow going (especially with the occasional dreaded clip show episode), but as per my stick-it-out-at-all-costs approach to watching anime, I eventually did make it through all three seasons that were available to me on Netflix (and sure enough, it escalated pretty quickly toward the end). One good thing that I got out of it was that Killua sort of resembled what I envisioned one of the Glorified characters to look like, so I ended up using a lot of screen shots of him as a shortcut when making my stick-figure storyboards.

Anohana: The Flower We Saw That Day 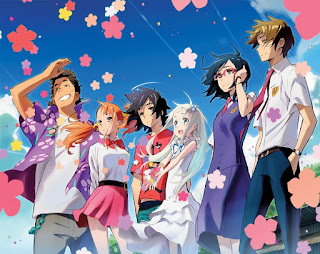 This was a beautiful show that was sort of slice-of-life but with a bit of a magical/supernatural element and a definite plot arc. As an added benefit for me, it also spawned another character template that I used for storyboards for Glorified (in this case, the Anaru character). 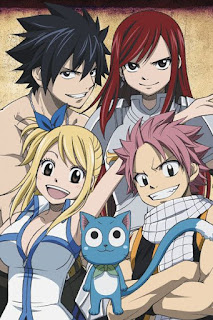 Oh man, did I love this show. I saw something on the Internet where someone sarcastically wrote that in order to be a true hardcore anime fan, you have to make fun of anyone who likes both Sword Art Online and Fairy Tail, and I thought, "wait, that's me!" So, okay, bring on the hate, 'cause I don't care. What I really care about is where I can find more episodes of this show, because Netflix ran out after forty-eight of them. 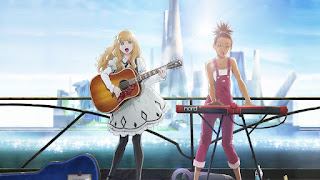 I'm a sucker for just about anything music-related, especially a good origin story like this one that shows the formation of what I assume will eventually be the most popular musical duo in the history of Mars. Wait, Mars? Can Mars really be terraformed that thoroughly? And that quickly, since, based on some of their references, this seems to be taking place in the not-so-distant future? These are nerdy questions I ask myself while watching shows like these. News flash, Brian: it's fiction. Get over it. 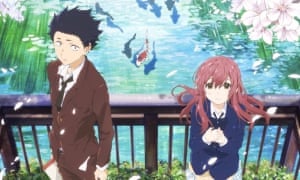 As you may recall, I always try to include at least one feature-length anime per Roundup. At over two hours long, this one certainly qualifies, although when I watched it, it didn't feel like two hours at all, that's how much I enjoyed it. "Powerful" and "poignant" would be two words I'd use to describe it, and it touched on a lot of subjects that are important to me, like bullying, friendship, redemption, and forgiveness. Highly recommended, and certainly deserving of all the awards since its release in 2016.

That's it for this time! In the next Roundup, I (probably) give some shows a second chance...
Posted by Brian Tashima at 6:21 AM