Okay, So I Finally Signed Up For Disney+

I had resisted signing up for Disney+ for the longest time (well, maybe not that long, compared to my Netflix holdout). My main reason? Because I really didn't want to add yet another monthly bill to the pile. I'm sure you know the feeling. Plus, I had been accessing my streaming services through my Wii U, which didn't support the new offering from the House of Mouse. 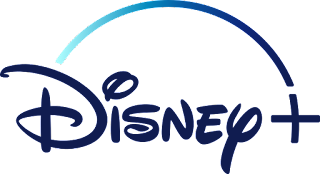 I knew it was inevitable, though, because I mean, c'mon, the forthcoming Obi-Wan series is mandatory viewing for all card-carrying nerds like myself once Lucasfilm finally figures out their scripting issues and actually produces the darn thing. Not to mention all the MCU shows that are in the works, as well as this. In the meantime, I knew there was already The Mandalorian, which I had heard nothing but good things about and had even managed to catch the first few episodes of over at my bass player's house.

There were some other factors that really cinched it as well, including (1) the fact that I was getting tired of my Wii U running out of power after a couple of hours at most, prompting my desire for a new interface (I can't leave it plugged in because my cats will chew on the charging cable); (2) a credit that I got from Amazon that I could apply toward a Fire or Roku stick, which would both replace my Wii U as a streaming device and allow me to access Disney+; and (3) the stay-at-home orders brought on by the current world situation you may have heard something about.

So I took the plunge and signed up, after which the first thing I did was to binge the aforementioned Mandalorian. Man, is that show good. To be honest, unlike most fellow Star Wars fans, I was never really into any of the Mandalorian-related story arcs in both the Expanded Universe/Legends canon or in The Clone Wars or Rebels series. I mean, Boba Fett is a great character, as is Sabine Wren, but once they started going into the whole background of their culture and civilization I was just like "meh, let's get back to the Jedi and Sith stuff. Lightsabers, Force powers, woo!" But this show turned all of that around for me. Maybe it's because its Western-style plot is reminiscent of Glorified's volume one arc. Or maybe because the main character is a middle-aged single dad just trying to make a living in an unfair galaxy. I mean, it couldn't just be all about Baby Yoda, now, could it? Anyway, can't wait for Season Two (as much as I'd like Ashley Eckstein to play the live-action Ahsoka Tano, you have to admit, Rosario Dawson looks like the character).

After that, I rewatched Avengers: Endgame, Captain Marvel, and Rise of Skywalker, which I said in December I'd be seeing again, but I didn't say where! Turns out, it wasn't in the theaters, it was in my living room. I've also started on the Disney Gallery series featuring - what else - The Mandalorian, which they've been releasing single episodes of every Friday. Oh, and of course, I watched the final season of The Clone Wars, which was also pretty awesome and further reinforced my newfound interest in all things Mandalore. This is the way.

So, yes, Disney+ has been quite worth it so far, and I imagine it will only get better as it goes along especially since Disney basically OWNS EVERYTHING I LOVE (I wonder how soon it will be before they buy a Japanese anime studio?)
Posted by Brian Tashima at 6:21 AM