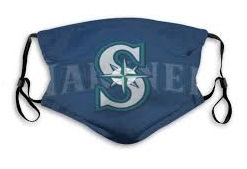 Brian: Welcome back.
Lydia: Uh...yeah.
April: Thanks.
Brian: So, I was -
Lydia: You know, I'm starting to think that maybe this was a bad idea.
Brian: Why do you say that?
Lydia: No reason.
April: Lyd thinks that WE might be the curse.
Lydia: April, shh!
Brian: Wait, what do you mean?
April: Can I tell him?
Lydia: Ugh, all right, fine.
April: Okay, remember how you guys made a deal not to talk about Lyd's prediction from last year?
Brian: Because it seemed to have jinxed the Mariners?
April: Yeah. I mean, the day you published that post, the M's were 13-2 and in first place. Then after that, they went on to lose six games in a row en route to a 55-92 record the rest of the way and another last place finish.
Lydia: And then this year after we made all these predictions for this season, the whole thing blows up right after that. I mean, all we wanted for the team in 2020 was for the prospects to develop and get experience, but did that happen? No! Instead, the entire minor league season gets cancelled!
April: They'll still get experience.
Lydia: As part of that taxi squad, or whatever? You know that's nowhere near the same thing.
April: I guess.
Lydia: Plus, what if a bunch of players test positive and then even this 60-game-dealio gets scratched? I could definitely see that happening, especially since we're here, talking about this.
April: Lyd, we are not the curse. Seriously.
Lydia: I dunno...
Brian: Okay, let's hope we're not and then make some predictions for this shortened season, assuming that it does get played to completion. All right?
Lydia: You go, April.
April: Me?
Lydia: Yeah. I'm-a sit this one out.
April: Oh, c'mon.
Lydia: Nope.
April: Really?
Lydia: Yup.
April (sighs): All right. Well, I still think the Dodgers are going to win the World Series.
Brian: Fair enough. What about the Mariners?
April: In a shortened season, anything could happen, so it'll be kind of interesting. But in the end I'm going to say...23-37.
Brian: Last place?
April: Yeah.
Lydia: Nah, ahead of the Astros, who will finish 8-52!
April: I thought you were going to sit this one out.
Lydia: I'm still mad about those guys. And besides, if we're using our jinx powers here, me saying that they'll be bad will cause them to be good, but then since the season will get cancelled anyway, it won't matter in the end! Mwuahahaha!
April: I think you need some professional help.
Lydia: Nah, just a beer. Or three.
Posted by Brian Tashima at 6:43 AM