I've been watching what feels like an extraordinarily large amount of "TV" (i.e., streaming series) lately, so much more so than usual (which is already a lot) that anime has - gasp - sort of taken a back seat for the moment. So, I figured I'd write a TV Roundup post. Then I found out that the last TV Roundup post I did was from November...not 2021, but 2020. What the heck? Did I go a whole year+ without watching any good shows? No, I just got distracted. That happens. Also, I've been talking about a lot of shows on my band's podcast instead of in this blog, so there's that (those shows include Alice in Borderland, Sweet Home, Rick and Morty, Shadow and Bone, Dota: Dragon's Blood, Titans, Squid Game, Solar Opposites, Inside Job, Hellbound, Arcane: League of Legends, Peacemaker, and The Legend of Vox Machina).
Anyway! (and beware, there might be slight spoilers)
The Book of Boba Fett 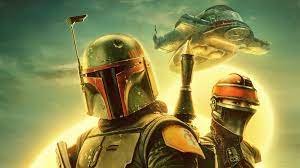 I'm familiar with all the criticism, and I agree with some of it, but I feel like the question you have to ask is: did I enjoy watching this show? And the answer is yes, yes I did. So, isn't that sort of the point? To be entertained? The one thing that does still bother me is that (spoiler alert? Has anyone reading this blog NOT seen this show yet?) a Naboo starfighter is not really the best mode of transportation for a bounty hunter, even if the vacated droid port makes a perfectly cute baby seat for Grogu.
(on Disney+)
All the Marvel Shows on Disney+ So Far 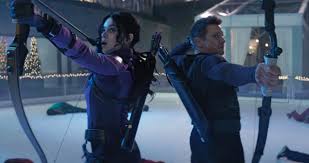 Have I not talked about any of these yet? Wandavision, The Falcon and the Winter Soldier, Loki, Hawkeye, What If? Yes, I've watched them all, of course (along with their associated "Assembled" making-of specials). Heck, they could make up their own TV Roundup post. Suffice it to say that Disney/Marvel can't put these things out fast enough.
(on Disney+)
As We See It 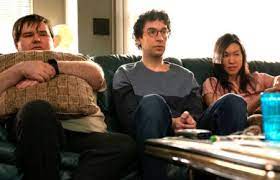 A dramedy about three autistic young adults navigating life, this show is a breakthrough for representation in that its leads are all actually autistic. I've read some of the criticism from the community, and trust me, I totally get it. Still, though, I think it's another step in the right direction, so progress is being made, even if it's slow. Heck, the show even casts neurodiverse people in neurotypical roles. If you haven't seen it yet, I suggest you check it out and decide for yourself - aside from the autism angle, it's really pretty touching and heartfelt.
(on Amazon Prime)
Brews Brothers 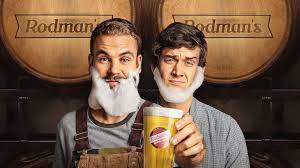 This comedy about two brothers who run an independent brewery/brewpub actually came out in 2020 but for some reason I just found out about it recently. Needless to say, its setting, premise, and juvenile gross-out sense of humor are all right up my alley.
(on Netflix)
Invincible 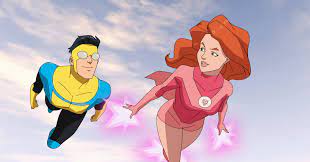 A superhero show from last year that is based on a popular comic book series that ran from 2003-2018, despite its family-friendly appearance this one is definitely not for kids...it's more for fans of things like The Boys. Which I guess makes it that much more subversive.
(on Amazon Prime)
The Wheel of Time 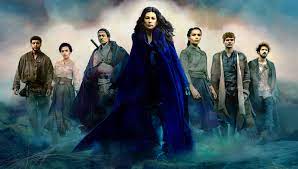 I actually tried reading the first book of the series upon which this show is based a few years ago after hearing how good it was, but - sorry, Randlanders - I just couldn't get into it for some reason. I think I had more patience for extremely long descriptive passages when I was a kid, but now it's kind of my least favorite thing not only to read, but to write as well (which is partly why I love writing screenplays, because they're mostly action and dialogue). I picked up the book again when this show came out in an attempt to do a simultaneous read-and-watch sort of thing, but, well...the show just kind of took over. For what it's worth, I did enjoy the show a lot and especially love the world-building. Looking forward to the next season.
(on Amazon Prime)
The Chair 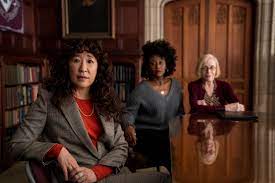 I actually watched this one, a dramedy about a newly appointed English department chair at a fictional university, when it first came out last summer. I enjoyed it (the celebrity cameo in the penultimate episode was especially fun), and I was reminded to talk about it here because Sandra Oh is returning in the fourth and final season of Killing Eve next week.
(on Netflix)
Blade Runner: Black Lotus 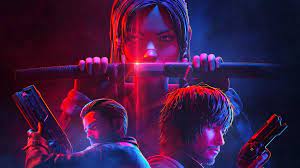 I mentioned this show in this previous Status Updates post, saying that it could be technically considered an anime but I decided not to count it as such for various reasons that I didn't want to get into. And I still don't! Anyway, it's an Adult Swim/Crunchyroll joint production (like Fena: Pirate Princess) and is part of the whole Blade Runner continuity, focusing on a period of time in between the events of Black Out 2022 and 2036: Nexus Dawn. I think it captures the moody, broody noir style of the franchise perfectly, and it contains a lot of fun Easter eggs for hardcore fans (like me). Also, the animation - especially the fight scenes - is absolutely breathtaking.
(on Crunchyroll)
So yeah, that really IS a lot of TV! This roundup didn't even include new seasons of old favorites like Cobra Kai and Miraculous Ladybug, or The Man in the High Castle (which I didn't talk about because I'm still in the middle of catching up with it - no spoilers, please!) I know I've said before that I don't consider it unhealthy because as a writer, it's sort of my job to keep up with this stuff (and also, most of the time I exercise while watching), but...man. Either way, I'm sure it won't take me another fifteen months to post episode six of this roundup series (or maybe it will, who knows).
Posted by Brian Tashima at 1:07 AM