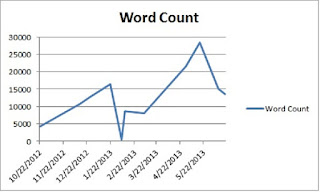 As you can see, the process has been somewhat Sisyphusian so far. After the initial "winging-it" attempt crashed and burned, the second attempt ended up being over-planned, so I had to scale it back quite a bit. But now I think I'm finally on the right track - cross your fingers - so hopefully we'll have a completed first draft sometime before the end of the year. Isn't the creative process fun?
Posted by Brian Tashima at 10:48 AM