With R.F.H., one of our songs was a semi-serious lament about how we weren't a "real" band (i.e., one with bass and drums) writing "real" songs (i.e., at least three minutes long with standard verse/chorus structures). Even though what we were doing was just as valid as anything else (and in some cases, maybe even more so), I was still jonesing to have a band that fit that so-called definition of "real."

Then, several months after the end of R.F.H., it finally happened. After we came back from winter break, we saw that there was an opportunity for musical acts to perform at our dorm's spring banquet. This was the big chance I had been waiting for! So I gathered up the guys from R.F.H., and we started working on our plan for world domination. Nothing was going to stop us. 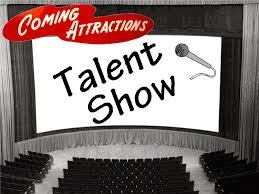 Our former "singer" had some previous experience playing drums, so it was decided that he would be the drummer in this new, yet-to-be-named project. The only problem: none of us owned a drum set. But remember - nothing was going to stop us! Eventually, we managed to procure a drum set from this other dude who, for some reason, agreed to lend it to us while not being a part of the band. Unfortunately, I have no recollection of how we managed to pull that off.*

Then we needed a bass player. This is usually the hardest step for any band, because as everyone knows, no musician starts off actually wanting to be a bass player. Eventually, we solved this problem by buying a cheap-o used bass and shanghai-ing coercing asking another guitar player that we knew to play it.

Then we needed a singer. This is usually the hardest step for any band, as finding people who possess an acceptable ratio of singing ability : sanity and stability is like finding...like finding...whatever it is that's really hard to find. Anyway, we actually took care of this step pretty easily. One day, we ran across a guy on the balcony of our dorm (apparently this balcony was a good place to meet musicians) who was playing his ukulele and singing Hawaiian songs. We had a conversation that went something like this:

And so, our band was complete. Now, the final step: we needed a name. This is usually the hardest step for any band, as coming up with a catchy, original name that everyone in the band agrees on is like...is like...well, you get the idea. But remember - nothing was going to stop us! So one night, while we were sitting around the other guitar player's room watching TV and not studying, he noticed that his pet chinchilla was staring off into space like its raisins had been spiked or fermented or something. We then had a conversation that went something like this:

And so, Zoning Chinchilla was born. We were gonna rock that dorm banquet!

Next: The Dorm Banquet

* no laws were broken in the procurement of said drum set
Posted by Brian Tashima at 11:43 AM