Happy New Year! The "My Musical History" serial will return next time with Episode 2. For today, I wanted to start a new recurring item called "Bad Guy 101," which was inspired by a moment when my daughter and I were half-watching some random sci-fi/fantasy movie on TV one night.

We observed - as I'm sure you all have - that most bad guys in books and movies tend to do the same inexplicably stupid things, usually to the benefit of the good guys. After a brief discussion, we came to the conclusion that all of these bad guys must go to the same Bad Guy College, where they learn how to do these stupid things in a class called Bad Guy 101. 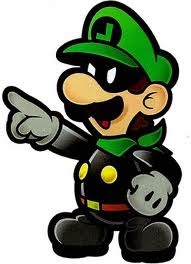 After doing some research, I managed to track down a copy of the textbook that they use in this class (don't tell Voldemort). So, for your reading enjoyment, here are a couple of excerpts...after the jump!


Lesson One: Don't Finish Off The Good Guy Quickly 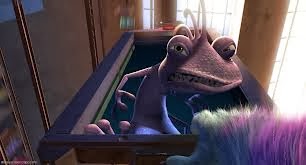 During your climactic battle with the story's hero, you will undoubtedly - thanks to your incredible and awesome evil abilities - find yourself in position to finish him/her/it off once and for all. He/She/Whatever will be at your mercy, completely helpless and unable to defend themselves against your final blow. A single, swift action - wave of the wand, swing of the sword - will be all it takes to secure ultimate victory. Should you do it?

Answer: NO. Instead, follow these steps: (1) hold your pose, then (2) taunt the hero until some improbable event occurs that will save them from your wrath. (Note: sometimes this event will take a while to happen. In that case, feel free to launch into an extended monologue about why you became a bad guy, the details of your evil plans, etc.)

Lesson Two: Forget Everything You Learned In Marksmanship Class 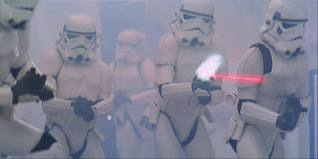 Yes, we know that you are a highly skilled shooter (of guns, bows & arrows, magic wands, etc.) with years of training under your belt. You are often described as the most elite class of villainous soldier/sorcerer/whatever the world/realm/universe has ever known. You were recruited by an evil genius who demands nothing less than excellence from his followers.

Do NOT, however, apply any of your talents when firing on the story's hero or his allies (the ones on the designated "do not kill" list, anyway). Instead, shoot in a random and haphazard fashion, making sure not to hit the hero no matter how close they are or how many shots you are able to get off. (Ironically, your talents may actually come into play here as it takes some level of skill to miss a target at point blank range.)

More to come!
Posted by Brian Tashima at 3:16 PM