My Musical History, Episode 7: The Start Of Something Big?

The search for a real rhythm section began with some classified ads in the local music 'zines and alternative weeklies. Yes, before Craigslist and such, this is how musicians found each other. We got some decent replies to our drummer inquiry, and after meeting with a few people, we chose one candidate that seemed to fit in well, both musically and personally. It was a pretty easy and painless process. 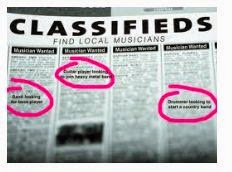 The bassist vacancy, however, was another matter. To no one's surprise, we had zero responses for a long time* until one day, I came home to find a message on my answering machine (yes, before smartphones, people had machines connected to their landlines that you could leave messages on) that said:

"Yes, um, I'm interested in applying for the position of bass player with your project. I have extensive experience playing in bands, including Zoning Chinchilla and Ground Zero."

Yup, it was our old bassist. And yes, he knew it was us. And so, The Krayons became a real band.

We played some shows and things were good. The drummer even converted his garage into a practice space, which was awesome. Eventually, we were able to book a gig at the Wave, which at the time was the place to play in town if you were an "indie/alt-rock" kind of band - which we were, I suppose. The Wave's graphics person even made us a logo that had our name in an oval on the label of a crayon, just like how Crayola does it. 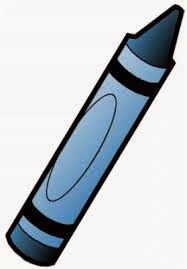 After a while, though, it became apparent that things weren't quite working out with the drummer, even with the converted garage and all. We parted ways with him, quickly found a replacement**, and soldiered on.

Then, one fateful night, I wrote a song in five minutes called "Shampoo." When we played it at practice, everyone kind of looked at each other like, "hey, that song is pretty good - we might actually have something here." So, at that point, we decided that it was time to take our relationship to the next level. You know - record a CD, assemble a press kit, all of that stuff. It's like the band equivalent of moving in together.

Anyway, the drummer decided that he wasn't ready for that kind of commitment and bailed. When thinking about candidates for a replacement, our other guitar player suggested, "Hey, why don't we see what the ex-Ground Zero drummer is up to?" It was a great idea, because he was a great drummer, wasn't in a project at the time, and was totally down with our plans for world domination. Our new lineup was set. Now, because there was already a number of other bands around the country called Crayon or The Crayons or whatever, all we had to do was come up with a new name - something cool and original that would capture the essence of our sound. Easy, right? Well...

Next: A New Name

* Everybody repeat after me: "remember, no one actually wants to be a bass player"

** He appeared after a drum stool explosion, just like in Spinal Tap