So, the new Star Wars show. Wasn't this supposed to be the live-action series? I had been looking forward to that. Anyway, I watched the premiere, "Spark of Rebellion," and I thought it was...okay. Now, I'm not one of those fans that want everything Star Wars-related to be super dark or whatever, and I consider myself to be pretty forgiving when it comes to new additions to beloved franchises (I didn't hate the prequels, and I also didn't hate Metallica's Load and Reload albums), but my reaction to this new show - the first episode, anyway - was mostly "meh." (WARNING: Mild spoilers to follow, although if you plan to watch this show you probably know all of this stuff already) 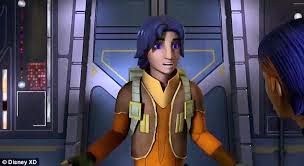 It wasn't really the familiar tropes (Ezra=Aladdin=Wan=etc.) or the creepy-looking Wookiees that I had an issue with, it was just...I dunno, the whole thing came off as kind of flat to me. The dialogue, which was often very Star Wars-y if you know what I mean, didn't feel like it was delivered with the kind of conviction needed to pull it off successfully. And since Kanan is taking such pains to conceal his Jedi identity, shouldn't he have killed all the Stormtroopers once he finally busted out his light saber? Or, at least, taken them all prisoner or something?

Anyway, on to something new that I really do like, and that's Hyrule Warriors. I had never played Dynasty Warriors, but I had a feeling that I would enjoy HW not only for its Legend of Zelda-based characters and setting, but also for the mindless button-mashing bad-guy-smashing gameplay. As much as I appreciate the puzzles in a "standard" LoZ title, one of my favorite things to do in those games is to take my Master Sword and slice up a bunch of bokoblins, so HW indulges me in a pretty serious way. 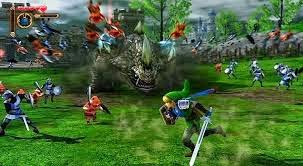 Also, the co-op feature allows me to play the game with my daughter, which is all kinds of fun. Believe me, the two of us being able to say things like "I'll take care of Ghirahim, you go check on the Allied Base!" to each other is a major highlight of the whole parenting experience. And yes, she totally gets the difference between fantasy violence and real violence, so don't worry, I'm still doing my job as a dad in that respect.

Finally, just a few notes about some cool things that are going on with my band, Second Player Score. Our debut album, Fortress Storm Attack, is now officially available as a physical CD or digital download - you can get it here, or, if you're in the Portland area, you can come to our release party on November 1st at The Sandy Hut. We're also on iTunes, Amazon, and Spotify if you're into those kinds of things. And next Thursday (October 16th) we'll be doing a live interview on the Anarchy Radio Show starting at 9pm PST, so check it out here. Call in and we'll give you a shout out!
Posted by Brian Tashima at 9:53 AM