As I said at the end of Episode 14, after Council Crest came to a close I was feeling pretty burnt out. Honestly, I was ready to hang up the band-playing-boots for good. All the hassle of inter-band drama, lugging around heavy gear, and playing shows on Tuesday nights at 1am just didn't seem worth it anymore. 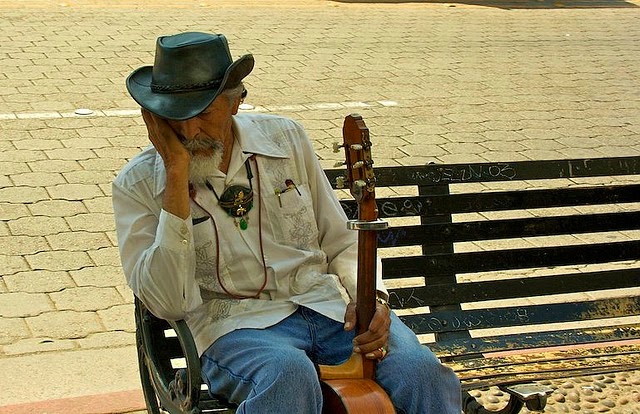 Not to mention, by then I had discovered a new creative outlet, something that I had always wanted to do but never really had the time for: writing. It seemed to be some kind of divine coincidence that, right around the moment when Council Crest started to peter out, my son asked me to write a book for him.

I figured that this still-to-be-named novel would replace playing in bands as my life's work. It was fun, exciting, and a little scary to be embarking on this new journey, and I felt rejuvenated. Writing was going to be everything that playing in bands was not. It would be the anti-band. I would have complete creative control, I wouldn't have to deal with other people's schedules or temperaments, there was no gear to lug around (besides my laptop), and I could write on my own time. And yes, I know I tried the solo music thing before, but playing music alone just didn't feel right. Music, to me, is a social thing, while writing, by nature, is a solitary activity, so I didn't have the same kinds of doubts.

But then, a couple of months into the drafting process for what would become Book One, something strange happened. The drummer from Upper80 - remember that band? - contacted me and said that he had received an electronic drum kit for Christmas. Why is that significant, you ask? Well, if you recall, Upper80 had ended mostly because we had been evicted from our practice space. But, with an electronic kit and its adjustable volume levels, we would now be able to play just about anywhere - my garage, his living room, whatever.

So, despite my reservations, I accepted his invitation to get together for a casual jam session. The jam session went well and we had fun, and before you knew it, "jam sessions" turned into "practices," and we started looking around for bass players and open mics to play at. Honestly, I really hadn't meant for it to happen, but it was like the proverbial call of the siren, and I couldn't resist.

Still, I felt sure that, this time around, the band thing would be nothing more than an informal distraction, kind of like a regular weekend golf outing with buddies. Little did I know what was in store....

Next: The Harmonies Change Everything

P.S. If you're in the Portland/Vancouver area, don't forget to come check out the NIWA Writers' booth at the Portland Fall Home & Garden Show this weekend!
Posted by Brian Tashima at 8:54 AM