I got down to Shanahan's at around 8ish for load-in. The parking lot was packed, so I found a space on the street nearby. A light rain was falling, which, for some bizarre reason, made me think about the woodsprites from Avatar. Not really sure why. Anyway, it was nothing that I haven't hauled gear through before, but since we were scheduled to be the last band up, I figured I'd go hang out for a while and unload later. 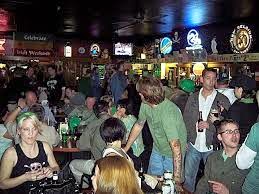 I walked through the front entrance and ran into Kyle, our drummer, as well as the guys from Laurelhurst and Nate, Shanahan's booker. After we discussed logistics for a couple of minutes, I started to head for the stage area. As I was doing so, someone called out "hey" from one of the nearby booths. It was Dan, our bassist, and his girlfriend Molly. I joined them at their table, where we hung out for a while and watched the Blazers blow an nine-point fourth quarter lead with two minutes left (ugh) against the Dallas Mavericks.

The guys from Stab In The Dark arrived soon afterwards. We chatted with them for a while, and then it was approaching showtime. I went to go fetch my gear. While I was doing so, Dan called me and said that one space had opened up in the main lot. Sweet! So I moved my car and unloaded from there. Then, we relocated the party back into the stage area and got ready for Laurelhurst to go on.

I just want to say: I enjoy playing shows with these two bands because: (1) they're cool guys and (2) they rock. They're bands that I would go see even if my own band wasn't on the bill, so the fact that we were is just a nice bonus. Seriously, you should check them out whenever you get the chance.

Anyway, Laurelhurst played a killer set, and they were followed by Stab (we call them Stab for short). At one point, I think I went up in front of the stage and did a half-dance/half-mosh kind of thing - I believe there may be video evidence of such an action floating around on Facebook or something, but I'm not sure.

Then, we (Second Player Score) were up. We blazed through a thirteen-song set that included all ten tracks off of Fortress Storm Attack, two new songs that will be on our second album (titled "Deep" and "Comets"), and our usual punked-up version of the Corey Hart classic "Sunglasses At Night." 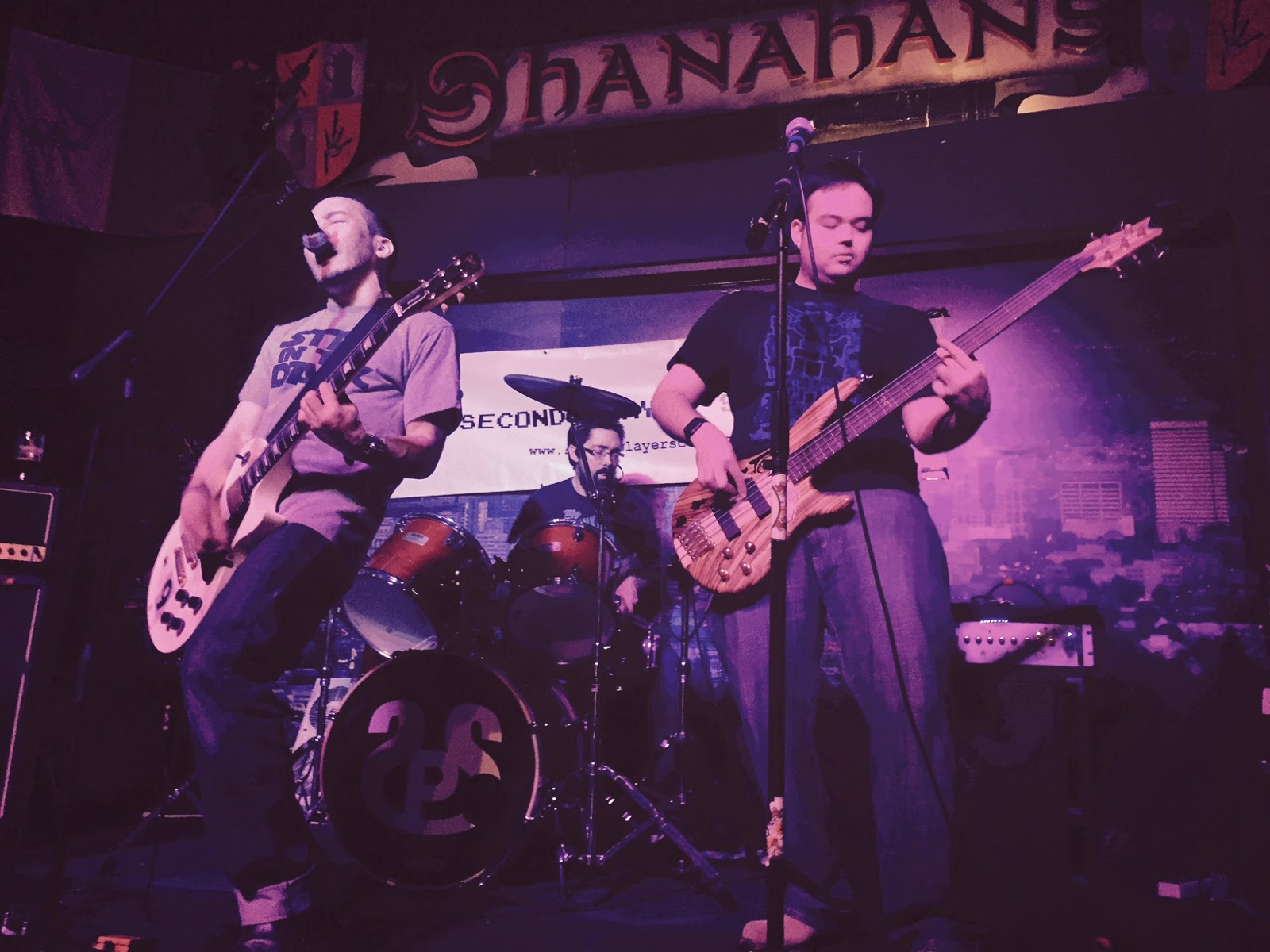 After we were done breaking down, we all hung out for a while before it was time to call it a night. I had a lot of fun and, as always, am looking forward to the next time we play at Shanahan's. Much mahalos go out to Nate, Laurelhurst, Stab, and everyone who came out. So anyway, this is Jake Sully signing off - uh, I mean, hope to see you all at the next show!
Posted by Brian Tashima at 1:42 PM