Confession: I'm a big Seattle Seahawks fan. Have been for a while now, ever since I moved from Hawaii to the Pacific Northwest. 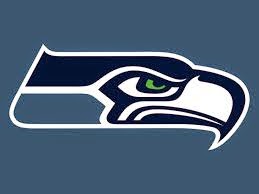 Now, I know that getting emotionally invested in spectator sports is silly, especially when life is filled with so many other concerns of actual consequence, but it's also a fun distraction, and that, to me, is the main point of it all. The risk of that emotional investment, however, is that things like what happened on Sunday will sometimes happen.

I wasn't really that upset with the results of Super Bowl XL back in 2006, because - refs or not - it was pretty apparent throughout the entire game that it just wasn't the Seahawks' day. I wasn't even going to be too distressed if the team had lost the NFC Championship game to Green Bay last month, because they got thoroughly outplayed for the first 55 minutes of the game.

What happened on Sunday, though, was downright brutal.

It wasn't just the last-minute nature of the loss that made it so devastating - it was that we, as fans of the team, had come to expect miraculous, deus-ex-machina-like victories, especially after what happened at the aforementioned NFC Championship. With all the positive messages about belief and visualization that the team's coach and quarterback always preach, it almost seemed like the Seahawks had become some kind of legendary superhero who, with the powers of magic and destiny on his side, always managed to save the day, against all odds (no offense, Packers fans.)

So on Sunday, everything appeared as if it were following a familiar script. Seattle fell behind late in the fourth quarter, and now they were driving for the winning score. They even had a how-the-heck-did-he-catch-that moment that set the scene perfectly for the inevitable victory. Everyone knew what was coming next: the happy (at least for 'Hawks fans) ending that stories like this always have.

But then, it didn't. The other team made a good play*, and it was over. Just like that. If you're not a Seahawks fan, I'll tell you how it felt: imagine you're watching Episode IV of Star Wars and, instead of seeing Luke's proton torpedoes entering the exhaust port of the Death Star, you see them just impact on the surface. Then, a moment later, Luke gets shot down by some random TIE Fighter that swerved back around...and the movie abruptly ends. Roll credits. Yeah, now you know what I mean.
Anyway, congratulations, New England. Good job. And that's my rant about Super Bowl XLIX. Thanks for listening.

* For football nerds: I don't have a problem with Carroll or Bevell or whoever it was calling a pass play on second down at the one yard line. There are a number of articles - I'm not going to link to them all, you can look them up - that say that statistically, it was the correct decision to make. I do think, however, that they should at least have done a play-action fake (I was even yelling "play-action!" at the TV), and maybe given Russell the option to throw or run it in. But, of course, I'm an author and a musician, not a football expert, so what do I know? That's hindsight for ya.
Posted by Brian Tashima at 8:55 AM