Last week, in my letter to Joel and Felicity, I made a reference to the fact that the two of them are occasionally involved in some funny time travel business. This is because, as readers of Book One and Book Two know, there is a difference between how time passes here on Earth and how it passes in Spectraland. 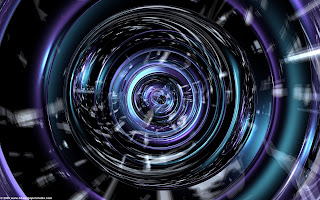 Okay, so in general, time goes by much faster in Spectraland than it does here. There are, however, as they would say in Doctor Who, a few wibbly-wobbly timey-wimey ways that Wavemakers can mess around with the time difference so that it's not a straight minute-for-week correlation, or what have you. If you've read the books, then you know what I'm talking about.

And frankly, sometimes I feel like some Wavemaker somewhere is secretly messing around with how time passes here on Earth, making it go by faster than it's supposed to. Ever get that impression? Like, for example, when I was writing that letter to Joel and Felicity last week, it stunned me to discover that the last time Joel and I did an Annoying Zelda Mini-Game post was back in March of 2015 (I even made a comment in that post about how "time sure flies around here".)

That got me wondering, what else have I done that feels like it just took place yesterday, but in fact happened a relatively long time ago? This is when maintaining a blog, or a journal, or whatever, definitely comes in handy. Here are some of my favorites:

- Our household cats, Boots and Mittens, moved in just recently. Right? Actually, it was in December of 2014. That's a lot of litter boxes that we've changed already.

- My band, Second Player Score, performed at the benefit concert Rock For Autism. I get reminded of this whenever I look at our Reverbnation site. It feels like we just did that, but actually, it was all the way back in August of 2012.

- I was just explaining to one of my friends the other day about why there are seven planned books in the Spectraland Saga, and I remembered that I wrote a blog post about that a few weeks ago. Wait, no, it wasn't a few weeks ago, it was almost three years ago.

I could go on and on like this, but I think you get the idea. So I guess either - as the old saying goes - time flies when you're having fun, or, more likely, a Wavemaker (Fireflower? Joel? Felicity?) is trying to get Earth's time to match up with Spectraland's time for whatever reason. Maybe they're somehow taking advantage of the recent discovery of Einstein's gravitational waves? Hmm...
Posted by Brian Tashima at 7:11 AM