Book Three Status Update: When You've Flown As Far As You Can, You're Halfway There 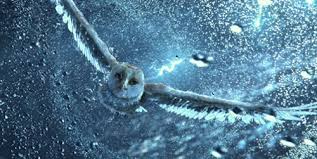 Those are lines from Legend of the Guardians: The Owls of Ga'Hoole, a movie - based on a book series - that my daughter and I enjoyed. We used to quote those lines to each other for fun, which is a thing that me and my kids do when we like a particular show, movie, or book. We even used to quote lines from Book One (in particular, the scene in chapter one where Joel is talking to Taylor) to each other, which is probably the highest form of flattery I can receive from them.

Anyhoo (see what I did there), the reason I thought about those particular lines is that I am over halfway through the story outline for the second draft of Book Three! Translated into word count, I'm at 46,000 words, which is 16,000 more than I had at last month's status update. Super stoked. If all goes according to plan, mwuahahaha, I expect to have this draft completed around August or September.

And why am I so optimistic, you ask? Especially after all the trials and tribulations that went into hammering out Book Two? Well, aside from the fact that I'm working from an outline that includes detailed chapter summaries, I've settled into a pretty good routine when it comes to the writing process for this volume of the Spectraland Saga. Basically, at the start of my writing day (which is usually actually at night), I start off by reading the previous day's (night's) work and doing minor little edits on it. This gets me into the flow of the story and into "writing mode," and from there it's pretty smooth sailing until I hit - or exceed - my word goal for the day (night), which is 500.*

I've discovered that this technique actually works a lot better than some of my other methods of breaking writer's block or getting past that "activation hump," like the one where I would just write any kind of nonsense, not related to the story at all, just to get the creative juices flowing (although I did get some usable material out of that exercise). So for all of you writers out there who haven't settled on an effective anti-block method yet, feel free to try out that idea and see if it works for you!

* I'm actually writing about this so that I have a documented reminder for myself when I start on Book Four
Posted by Brian Tashima at 6:52 AM