Ever had an idea pop into your head but then you were like, "eh, I'll think about it some more" and then you just put it aside and forget about it for a while? And then every so often, something happens that reminds you of that idea, so you explore it a little further, maybe even going so far as to write it down? 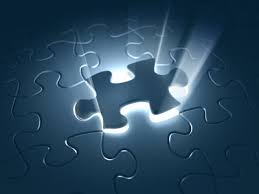 Then, as time goes by, more and more stuff happens that start to make you think "hey, you know, maybe this is a pretty good idea after all." So you write a list of all the pros and cons of what would happen if you actually acted on this idea. At first, there seem to be more cons, so you say "okay, never mind," and you stop. But then even more stuff happens and the pros start to pile up. It's almost as if the Aura or the universe or whatever is trying to push you in the direction of this idea.

Eventually, it gets to the point where you're like, "okay, yeah, this is a good idea, and I would totally do it, if only I could get past this one last issue that's bugging the heck out of me." That one last issue sticks around for a while until finally, on a day that seems to have been uncannily predestined, you wake up and think about the idea because the Mariners have been eliminated from postseason contention and you have nothing particularly better to occupy your brain with while you take a shower and then -

It just hits you. Like a puzzle piece falling into place in your head.

So then you're like "OMG" and you can't wait to get out of the shower and after another minute you can't stand it anymore so you cut the shower short and race down to your computer wearing only a towel and your cats are like "what are you doing, man??" and you write down the idea and you think "now why didn't I come up with this before?"

Well, that whole scenario happened to me. And the result will be a huge change to something that you all read about in this blog from time to time and I hope that you will love it, because I do. I have a few ducks to line up before I can announce it, so keep watching this space...

P.S. I'll be at the Portland Home and Garden Show tomorrow (Friday 10/7) from 6-8pm, signing books and hanging out with my buddies from the Northwest Independent Writers Association. If you come down and catch me in the right mood, I might tell you more about the big change!
Posted by Brian Tashima at 6:24 AM