This is not a roundup of mini movies. This is a mini roundup, meaning that I'll be talking about less movies than I usually do in similar posts. And why am I doing that, you ask? Because I felt like it. Also, I really want to talk about The Accountant. And as always, there will be spoilers! (By the way, in case you haven't read my past movie roundups, be aware that these are not really reviews. I leave stuff like that up to the professionals.) 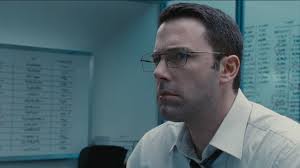 First off: I enjoyed this movie. It was a competent action thriller. I love that the titular protagonist is on the autism spectrum, and that the movie made that fact explicitly clear. It would have been nice if they cast someone who was actually on the spectrum for real, but I understand that a big marquee name is needed to sell a movie like this (and Dan Aykroyd wouldn't really have been right for the part).

The one thing I kept thinking, though, was this: it's cool that we now have an autistic action hero in a big-time mainstream movie, but it's too bad he has to be a morally ambiguous mass-murdering vigilante. I mean, seriously, he was more antihero than hero, like if you gave Batman some assault weapons (yes, Ben Affleck seemed to be channeling one of his other roles a good portion of the time) and injected him with Deadpool DNA, minus the wisecracks. A review that I read afterwards even said "Is the viewing public ready for an action franchise featuring an autistic hero? I hope so. But moviegoers and people with autism alike deserve one better than The Accountant." Hmm, now where could you possibly find something like that, I wonder...?

Now, I'm not saying that Joel Suzuki is necessarily better than Christian Wolff. I just think that they can and should coexist in a world that, in general, needs more characters like them. Morally ambiguous can be interesting in the right context, but Chris Wolff shouldn't be the lone standard-bearer of fictional autistic role models (and, to paraphrase Charles Barkley, he's definitely not a role model in the traditional sense). He can exist in the area of the pop culture landscape that is geared more towards adults (The Accountant is rated R, after all), while Joel can take up residence in the space that is focused on younger audiences as well as other people who appreciate that kind of positive, kid-friendly vibe. Kind of like Neo and Harry Potter - there's room for more than one Chosen One. And so we should thank Mr. Wolff for opening the door, at least.

While we're at it, shouldn't actors that are actually on the spectrum have more opportunities to become big marquee names themselves? One candidate already comes to mind. Just saying. 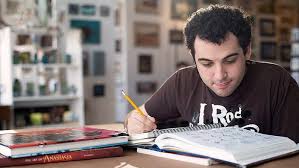 This is a nonfiction biopic of a young man on the spectrum whose interest in Disney movies helps him to connect. There are some slow stretches as well as spots that seemed to unintentionally veer toward condescension, but overall, I found it to be a moving and inspiring film that shows how we are all alike in many ways.

Alice Through the Looking Glass

I finally got around to seeing this one, and it goes with today's theme because Lewis Carroll, the author of the Alice in Wonderland books, is rumored to have been on the spectrum.

Okay, so this movie wasn't as good as the first one. Still, I didn't think it was as bad as a lot of critics were saying (it did get a 6.3 on IMDb, after all). The visuals were spectacular, I like how they handled the time travel aspect, and they managed to fit in some semi-touching moments of character development. I do have to admit that Borat as Time was kind of distracting, though.

And so that wraps up this edition of Movie Roundup. As previously promised, the next one should include Doctor Strange, Rogue One, Fantastic Beasts, and whatever else happens to make its way into my viewing rotation. Now go see The Accountant!
Posted by Brian Tashima at 6:54 AM