Where Writing Ideas Come From (Guest Post By Jennifer Willis)

Today we welcome special guest blogger Jennifer Willis, who is not a character from the Joel Suzuki series, but a person from our very own plane of existence! 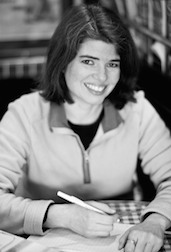 She lives in Portland, Oregon and is the author of the Valhalla series, the Mars Adventure Romance Series, and the standalone novel Rhythm. Be sure to check those out, as well as her own blog. Take it away, Jen!


Where Writing Ideas Come From
by Jennifer Willis

Earlier this morning, I received a "regrets" letter from the Jan Michalski Foundation, regarding my application for one of their "Swiss tree house" writer residencies for 2017. I hadn't realized how much I'd been looking forward to that opportunity until it was taken away, but that's how things work sometimes, right? I'd even gone so far as picking out the travel backpack I'd wanted to test out on the trip to Switzerland, and had spent a few minutes thinking about a possible weekend hop to Paris during the residency. I was also making copious mental and virtual notes on the project I intended to undertake. I was making real plans.

So, out of my disappointment this morning, I started brainstorming other possible retreats for the coming months that would allow me to tackle the same project. I thought about designing my own retreat - something that would no doubt involve a yurt. I also remembered the Amtrak writer residencies that stirred so much whimsy and controversy when they were first announced, and that got me to thinking about writing on a train.

- I didn't get any sleep the night before from all the stopping and starting and clackety-clacking.
- My laptop keeps sliding off the sleeper cabin desk whenever we come around a bend.
- Kids are screaming in the narrow corridor outside my door.
- My muscles are cramping up and my body is screaming for real exercise because I've been cooped up on a freaking train for a whole week.

So, focusing on this last point, I tried to imagine ways to get decent exercise on a long-haul train journey, assuming you never get off the train. I have a nifty set of resistance bands, and those could help, but what about aerobic exercise? Short of doing calisthenics in a cramped sleeper cabin, what could I do? I didn't think running at full speed up and down the sleeper car corridor would be a good idea. I'd likely lose my footing if/when the train jostled, and I also figured there would be "train rules" about such behavior. So I'd be doing wind sprints and end up getting thrown in train jail for my troubles.

Train jail! That's what you write about. A contemporary, Hemingway-esque journey across the American heartland and into the soul, but with boxcars instead of bullfights.

And that's how story ideas are born, when you're standing at the sink brushing your teeth first thing on a Monday morning.

This post originally appeared at jennifer-willis.com on December 12, 2016.
Posted by Brian Tashima at 5:41 AM