Evidence That We Are Living In A Simulation?

As a big fan of The Matrix trilogy (yes, I even like Reloaded and Revolutions), I've always had a suspicion that one of its core premises - that we're living in some form of simulated reality - could very well be true. 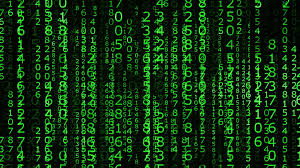 Many words have been written on this subject, most of which are very well thought out and technical, so I'm not going to bother rehashing anything that's already been said. Instead, I'm going to present you with a few examples from my own life of possible evidence that the Matrix is, indeed, real. 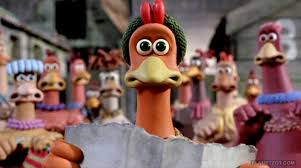 I've always been amazed at the fact that on any given day, I can go to any one of dozens of different commercial establishments within a few miles of my house and purchase fresh pieces of dead chickens - and this is just in my little corner of the world. So my questions are: where do all these chickens come from? Are there really enough farms to produce this continuous stream of poultry? I've asked some people I know who work in food service about this, but their answers are usually some variant of either "I have no idea" or "sure, why not" or "stop asking me about this already." Now beef, I can sort of understand, because cows are huge, but chickens are these scrawny little birds with only two wings each as far as I can tell and I can buy a bucketful of those things any time of the day with no problem. I also get that some places "dilute" their chicken meat with other substances when creating things like nuggets or patties, but that seems to represent only a small fraction of the forms that dead chickens come in. So if you know the answer to this particular question, please let me know...or are all Tyson employees actually Agents??

2. The Relative Lack of New Music 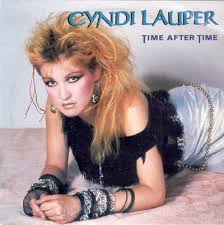 There are two "rock" stations in the Portland market, both of which play either all "classic" (up to and including the '80s) or "classic" with some "modern" ('90s) thrown in. There's also an "alternative" station that plays some newer stuff, but hardly any of it is "rock." When I was in Boise, Idaho a few weeks ago, the piped-in music at the local mall was all pop hits from the '80s. My son's 2017 graduating class chose "Hey Ya!" by OutKast - released in 2003 - as their class song, and at their graduation ceremony, their class musicians performed "Time After Time" by Cyndi Lauper (released in 1983). And at Autism Empowerment's Tween and Teen Social Game Club Night this past weekend, one boy declared to me that his favorite music is from the '80s, while another said that his favorite songs are from the '90s. Could this be because music created within the last 10-15 years is just not that good? Or could it be because the Machines are being lazy and recycling ideas? You decide. 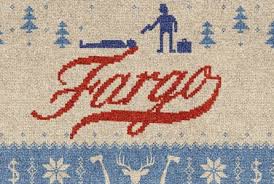 This story comes courtesy of my friend and fellow Second Player Score member, Kyle Gilbert. Last week he and his wife were watching an episode of the second season of Fargo, which is set in 1979. At one point during the show, one of the characters said "I'll text you later." The following conversation ensued:

Kyle: Wait, what did he just say?
Wife: I don't know, but it sounded wrong.
Kyle: Yeah, I think he said "I'll text you later."
Wife: You're right, he did!
Kyle: There was no texting in 1979!
Wife: I know!
Kyle: I'm gonna call FX and complain. Their writers really messed that one up.
Wife: Let's listen to it again.

So they rewound the show and replayed that part of it. But this time, not only did the character not say "I'll text you later," he didn't say anything at all. So obviously the Machines caught their mistake and corrected it, but not until it was too late. Dun-dun-dun.

That's it for now, but I'll let you know when I have more examples. In the meantime, if you have some of your own, feel free to write them in the comments (which, hopefully, the Machines will not delete before I've had a chance to read them.)
Posted by Brian Tashima at 7:19 AM