Today I'll be sitting down with Joel Suzuki and Felicity Smith to discuss our favorite multimedia franchises. As you may know, a multimedia franchise is defined as "a collection of related media in which several derivative works have been produced from an original creative work, such as a film, a work of literature, a television program or a video game." (Wikipedia) 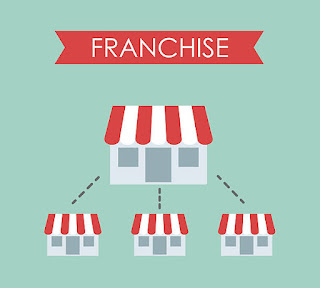 B: Hey guys, thanks for being here today.
F: You mean we had a choice?
B: So I just wanted to take a few minutes to talk about our favorite media franchises, and maybe go over, like, a list of our top five or top ten or something.
J: Oh, I have a list.
F: Of course you do.
B: All right, Joel, let's hear it.
J: Are we doing top five or top ten?
B: Since there are so many to choose from, let's go with ten.
J: And this is just as of this moment, right? Because, you know, it can change sometimes, depending on what I'm currently into. I mean, like, my list from last year is totally different from my list now.
B: Right. As of this very moment.
J: Okay. So, um, mine would be...wait, are we starting from ten or one? One being most favorite?
B: Whatever you're comfortable with.
J: All right, I'll start from ten, then.
F: Any day now, dude.
J: Ahem. Okay, number ten for me would be - hold on, should somebody do a drum roll?
F: Actually, you know what, this is going to take FAR too long. Why don't you just rattle them off in order, one after the other, starting from one and stopping at five instead of ten.
J: One being most favorite?
F: Yes. Go.
J: Pokemon, Minecraft, Pac-Man, The Legend of Zelda, and Mario.
B: Wow, all video games, huh?
J: Yup. I've been playing a lot of games recently.
F: All right, I'll go.
B: Cool.
F: Hello Kitty, Sailor Moon, Strawberry Shortcake, Care Bears, and My Little Pony.
B:
J:
F: Ha! The look on your guys' faces just then. Priceless.
B: Very funny. For real, this time.
F: Geez, so demanding. All right - The Matrix, James Bond, Middle-earth, Warcraft, and Hello Kitty.
J: Are you still joking?
F: No, I'm serious. Hello Kitty rocks. Or, at least, Kuromi does.
B: Fair enough.
F: Now you go. So we can get this over with.
B: Okay. Star Wars, Star Trek, Wizarding World, Doctor Who, and Marvel.
F: Wow. What a completely original and unexpected list.
J: You're being sarcastic, right?
F: Dude.
B: Hey, c'mon, be nice. I can't help it if those are the things I like.
F (rolling eyes): Fine, whatever. Can we go now?
B: I do have to say, though, that Spectraland would be on top of that list, if it ever does develop into a franchise.
F:
J:
F: Wait, did you say "Spectraland"?
B: I did.
F: How do you know what...Joel, did you tell him?
J: Tell him what?
F: About, you know...
B: Oh, I know where you guys go when you disappear from time to time. We even talked about it last October. Remember?
F: Oh yeah...
J: So if you know about Spectraland, and you know that it's real, then how can it be a multimedia franchise?
B: Because, well...because I'm writing about it.
J: You're writing about it?
F: That's what he just said.
B: I'm documenting your adventures, basically.
J: But how do you know what we're doing in Spectraland? Are you able to perform some kind of far-vision cast, like Fireflower or Blackspore?
B: Not exactly. Let's just say that I can...well, see things.
F: Whoa, okay, now that is just WAY creepy.
B: It's not, though, you see, because -
F: I'm outta here.
J: Yeah, um, me too.
B: No, wait, it's not like that, I promise! Let me explain!
F (grabbing car keys): Whatever, creep. C'mon, Joel, let's go.
J: Where to?
F: Anywhere. Far away from this guy.
B: You'll thank me later when people put Spectraland in their top five list!
(Door slams shut)
B: Ungrateful kids.