A couple of weeks ago in my latest Status Update post, you may have seen (or you may have quickly glossed over it, that's entirely possible) that one of the writing projects I listed as being in progress was a screenplay adaptation of Nobody's Hero, the concept album by my band Second Player Score. 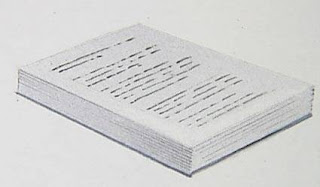 The honest truth is that it wasn't so much a work-in-progress as it was an item on my to-do list, which had been sitting there for a Very. Long. Time. Now, in my defense, there was already a rough synopsis for the story that had even been turned into an audiobook-style piece of flash fiction, narrated by the awesome Tryston Blyth of Neue Regel Radio. So some work had already been done on it. All I needed to do was sit down, pour some tea (or beer, depending on the time of day), and flesh it out.

So, since the fourth volume of the Joel Suzuki series had been safely shipped off to my editor and the script for the first issue of Glorified (another item on the to-do list) had just been completed, I figured that the time had come to finally tackle this particular project. My assumption was that I would get started on it, make some decent progress, and then when the draft of Volume Four came back from my editor in a month or so, I would put it away and return my attention to Joel and company.

But then something totally unexpected happened. Using the existing synopsis, I sketched out an outline for the screenplay and started to fill it in. I quickly ran into a problem, though - there just didn't seem to be enough there to really create an entire movie that would be engaging and fun to watch all the way through. Sure, there were some cool parts here and there, but there were also large gaps where I just had no idea what was going to be happening. So at that point, I shifted gears. I kept the fundamental story line intact, but I also made some pretty dramatic changes to the characters and the setting, among other things. And that's when the unexpected occurred.

The next day, Friday, June 22nd, I sat down to write. And guess what - I couldn't stop writing. I got so much into the flow that I almost forgot I had a studio session booked later that day to record tracks for Second Player Score's third album. After the session was done, I came home and wrote some more. And over the ensuing days, I kept writing and writing and writing, stopping only to do things like eat (which I did less of than usual), sleep (which I did MUCH less of than usual), and care for dependents (you can ask them what they thought of my parenting skills during that time). Even basic personal hygiene activities were delayed or sometimes forgotten altogether.

As the days went by, I was beginning to think that this project was going to be completed much, much sooner than I had originally expected. And sure enough, on Friday, June 29th, I typed the words "THE END," and it was done. I had written the first draft of an entire 102-page screenplay in just one week. And really, if I hadn't had to do those other things I mentioned (eating, sleeping), it probably would have been done even sooner.

Now, I know some of you battle-scarred NaNoWriMo veterans out there may be scoffing right now, thinking "Hah! 102 pages in seven days? Dude, I can double that output in a single weekend." And yes, I know that you can. But please understand, something like this is not normal for me. I don't usually work at this kind of pace. Until now, my benchmark for fast writing was the first draft of Joel Suzuki, Volume One, which I was able to complete in a little over four months.

But there was something about this that was different. It honestly felt like someone had already written the screenplay in invisible ink, and all I was doing was rubbing grape juice on the computer monitor to make the words appear. Sure, some of it may be because I employed a few well-worn cinematic tropes, but I don't think that that explains everything. Plot points that I had been a little concerned about simply resolved themselves like magic when I got to that stage of the story. Seeds of foreshadowing that I planted near the beginning blossomed at exactly all the right moments. The entire experience was, in a word, surreal.

Anyway, I'm not really sure where it's going to go from here. I have some experience in the realm of novel-publishing, but when it comes to getting a screenplay out into the world, I'm a complete novice. Fortunately, I have friends I can consult for advice, and there is, of course, tons of available reference material about this particular subject that I can peruse (really, mostly all the skills I've learned in my life, I've learned from reading books).

Even if it never progresses anywhere beyond my desk drawer, though, I have to say: I am happy. The feeling that one gets from being in The Flow like that is simply indescribable. Nearly a week has passed since I finished the draft, and the afterglow is still there, strong as ever. While doing mundane activities, I've been amusing myself by reciting lines of dialogue from the script in my head (or sometimes out loud, which scares my cats). Regardless of what happens from here, whether this ever gets made into an actual movie or not, it doesn't matter. At the risk of sounding corny, I feel like I've just had the experience of a lifetime, and - inasmuch as writing a screenplay can do something like this for someone -  I've become a better person for it.

Thanks for reading. See you next week.
Posted by Brian Tashima at 6:47 AM