One of the many things I love about anime shows is that they almost always have awesome theme songs. Not only that, but they usually have a different one for both the beginning and the end of the show, and then they change them for each season (and occasionally even mid-season). It's funny, because whenever Netflix tries to do me a favor by skipping the theme song, I'm, like, "No, go back! Play the song!" As a result, I've been introduced to a bunch of great bands from Japan, a few of which I'll share with you today.

This power trio - which, sadly, broke up in 2012 - has become one of my favorite bands of all time. Joel and Felicity talked about them in this post back in September of last year. I know this may sound cheesy, but it's like their music resonates at the same frequency as my inner Aura - possibly even more than my own music! They're just too perfect. Maybe they're a creation of the Matrix. Or, like Felicity suggested, maybe they're Wavemakers. I've listened to lead singer/guitarist Aimi Haraguni's subsequent solo projects as well as Draft King, the band that bassist Nohana Kitajima and drummer Shiho Yamanoha went on to form, and, as pleasant as those projects are, they're just not the same. It's like while Aimi (who I kind of think of as a long-lost younger sister) may have been the mind and soul of Stereopony, Nohana and Shiho were the heart, blood, and guts, and now that they're disconnected you just have two separate incomplete parts of a whole person. So please, please, ladies, if you're reading this, reunite. 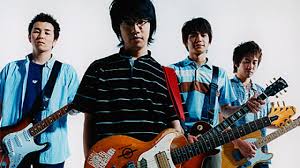 I discovered these guys via their mega-awesome Naruto theme song, "Haruka Kanata." Singer/guitarist Masafumi Goto's tortured screams are simply epic (they sound like how I feel after the Seahawks lose a close game). And they're no one-hit wonder either; I followed them down the rabbit hole and discovered that they have a huge catalog of good stuff. If you like bands like Weezer, Teenage Fanclub, Supergrass, etc., I'd recommend checking them out. 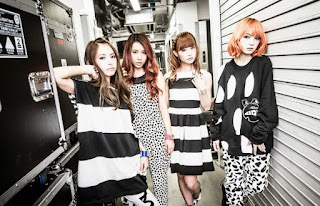 In contrast to Stereopony (who, to my knowledge, generally used to just wear jeans and random T-shirts on stage), this group adheres a bit more to the Japanese girl-band formula of flashy matching outfits. Doesn't matter, though, 'cause they rock pretty hard. My favorite tune of theirs is "Shunkan Sentimental," which was used as a theme song for FullMetal Alchemist: Brotherhood. Impressively, they formed in 2006 and are still going strong today with the same original lineup.

The Soul Eater ending theme song "I Wanna Be" was my first introduction to these guys. And then I heard "No Boy No Cry," an opening theme song for Naruto. Awesome, catchy, edgy but totally listenable straight-up punk rock in the tradition of bands like The Clash and the Ramones. 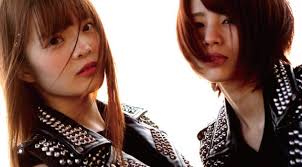 This is not a band that I discovered through anime, but I just had to include them in this post anyway. I was actually introduced to them back in 2015, when a friend got me into what's known as "kawaii metal" (cute metal). This is when you take the sugary-sweet vocals and choreographed dance routines of J-pop (Japanese pop music) and forcibly graft it onto brutal, face-melting metal riffage. There are/were a number of acts in this particular genre, but I latched on to Fruitpochette the most. I ended up buying both their EP and full-length album, the latter of which I wrote a review that you can read here (my review has the headline "If this album was ice cream, I would have gained two hundred pounds by now"). Seriously, I listened to that thing over and over again, especially during the writing of Volume Two. Sad to hear that they broke up in 2017. 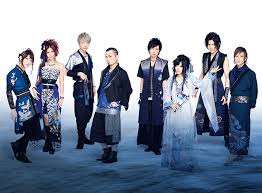 Another band that I didn't discover through anime, although I suppose you could say it was an indirect connection since I stumbled across them randomly while binge-listening to Stereopony. Basically, they combine modern rock and metal with traditional Japanese instruments, and let me tell you, the result is mind-blowing. Check them out for yourself here.

There are lots of other cool bands with great anime theme songs, of course, but these have been my standout favorites so far. What are some of yours?
Posted by Brian Tashima at 6:44 AM