It's now been over a year since I signed up for Netflix. Since then, I've watched a whole bunch of stuff on the service, including all the Marvel shows (R.I.P.) and, as you know, a ton of anime. There's one show, however, that I started on last year (by watching two episodes) but didn't pick up again until just recently. That show is Black Mirror. 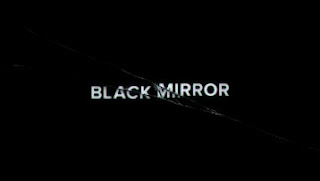 Why did I stop, you ask? I'm not really sure, to be honest. Probably just because there were so many other things to check out. I do know why I got back into it, however. The fourth Second Player Score album (which we're already writing, even though the third album isn't due out until June) is expected to be another concept album, but this time it would be a psychological horror sort of along the lines of Doki Doki Literature Club, Perfect Blue, and, yes, Black Mirror. So, having played the the first of those three and watched the second, I figured I needed to do my homework and finish up all available episodes of the third. And, as expected, it did not disappoint.

I know there are a lot of "best Black Mirror episodes" lists out there already (I even consulted a few of them when deciding which episodes to watch first) but I'm going to add mine to the list of lists. These are my favorites, with some random thoughts for each, in order from least to most. Warning: possible spoilers to follow.

#20: The Waldo Moment
My least favorite is still an entertaining 44 minutes of viewing. I kinda wanted to see Waldo win.

#18: Fifteen Million Merits
I actually watched about half of this episode last year, and then finished up the other half this year.

#17: The National Anthem
Every time I watch an episode of Black Mirror - like this one, for example - there almost always comes a point when I say, out loud, "yeah, this will not end well."

#16: Shut Up and Dance
The troll face still creeps me out every time I think of it. I'd like to see Karin and Blue from "Hated in the Nation" catch those guys.

#15: Metalhead
As a nerd, I really wanted to know the backstory of what happened to the world and what the original purpose of the dogs was.

#13: Men Against Fire
Like the Matrix within the Matrix.

#12: The Entire History of You
Look, it's the Doctor! Yeah, I always get distracted when my favorite genre actors show up in other stuff.

#11: Arkangel
Every parent's worst nightmare. There are just some things you're better off not knowing.

#10: Nosedive
The part about not having the right adapter for the electric car was hilarious.

#9: Be Right Back
Look, it's Bill Weasley/General Hux and Peggy Carter!

#8: Hang the DJ
My usual Black Mirror declaration of "yeah, this will not end well" didn't come true this time! Unless you were one of the digital clones, I guess.

#7: Hated in the Nation
Look, it's Helena Ravenclaw! And Shona, and Wong! And isn't that Rosa Parks? Oops, there I go again.

#4: White Christmas
Look, it's - right, I promised to stop. Anyway, another episode with a brilliant twist ending.

#2: Bandersnatch
I think I watched this one like six or seven times just to get to as many endings as I could. Loved the meta ending the most.

#1: USS Callister
After I finished this episode I said out loud (I talk to my TV a lot) "that was probably one of the finest hours of television I've ever seen." I know people say this one had more humor and was more upbeat than other Black Mirror episodes, but I think it still definitely had some edgy horror elements to it that made it a nice overall blend.

Okay, so that brings us to the end of five straight weeks of Roundup posts. Tune in next week when I'll be giving you a Volume Five(!) status update...
Posted by Brian Tashima at 6:42 AM