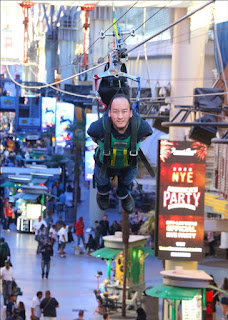 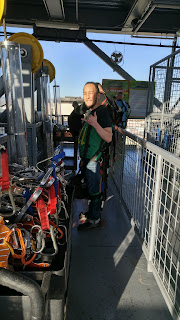 To my relief, though, once I got going, I was pleasantly surprised that it wasn't nearly as frightening as I had expected. I think the key was - upon advice from my friend Adam, who had done it before - to not look down the moment you leave the gate. Would I do it again? Sure. The question is, would I (as suggested by my friend Monica) now attempt the Stratosphere Tower SkyJump on the Las Vegas Strip, which starts from 855 feet up? Well, I'll have to think about that one. I know that in Joel's subsequent adventures, he's flown from much greater heights, but let's face it - he's a lot braver than I am.
Posted by Brian Tashima at 6:19 AM