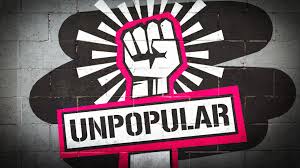 Aaaand now I'm craving donuts. So, Smith out.
Posted by Brian Tashima at 7:00 AM