Hard to believe, but the podcast that my band recently started up is now already four months old! 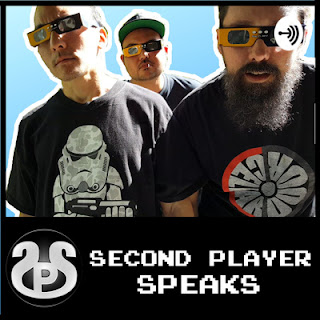 We just released our 17th episode this week, and overall it's been going along well. So far, we've talked about everything from pizza to the Matrix to what makes a good band name, all the while sampling some delicious beers from breweries around the world (just like Second Player Score itself, this podcast originated as a good excuse to drink beer, as well as to record sounds that we had been already making anyway). We've also had some really cool guests, including our friends Stab in the Dark, Old Cross, The Fauxriginals, Matt Danger, and Laurelhurst.

If you haven't checked it out yet, our basic format - loosely adhered to - is a thirty-ish-minute episode divided into three segments: music, pop culture, and craft beer. If, like us, you're a fan of any or all of those things, take a listen and see what you think. It just might be a cool way to pass the time while you commute to work, walk the dog, or whatever. You can find it on Apple Podcasts, Google Podcasts, Spotify, iHeartRadio, Breaker, Overcast, Pocket Casts, RadioPublic, or right here.
Posted by Brian Tashima at 6:31 AM