Hey there! Just wanted to let everyone know that the creative team behind the Glorified comic book series has launched a Kickstarter campaign to help raise funds for the next issue in the series. I know that this is a tough time financially for many folks out there, but for those who can afford it, we have some fun rewards available, including the chance to appear as a character in the issue (and maybe even get killed by a young Gloria)! 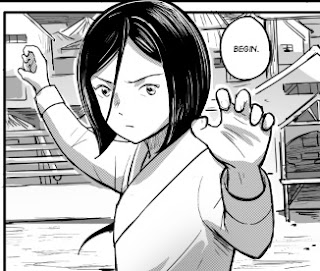 Issue #3 ("Broken Ecstasy") features flashbacks to Gloria's past as she grows up in Fort Storm, trains to become an Enforcer, and eventually assumes the position of Alpha. These scenes are intercut with the present-day action of Gloria and Gage heading across the wasteland in a hovercraft toward the settlement of Tiger's Tree, where Gloria hopes to rekindle more of her lost memories.

Anyway, the Kickstarter campaign can be found here, and Issues #1 and #2 are available from the good folks at IndyPlanet. You can also find more information on the series itself here and here. Cheers!

/end commercial
Posted by Brian Tashima at 6:22 AM