I don't watch a lot of TV nowadays. Generally, I'll have it on as a sort of wallpaper or background distraction while I'm doing other things: working out, eating lunch, doing household chores, practicing guitar. I don't have Netflix or TiVo or anything like that. 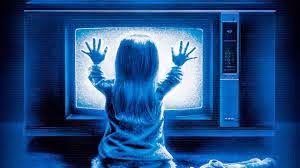 That said, there are a number of shows that I'll pay more attention to than others. Here are a few of them, in no particular order:

Doctor Who - a brilliantly written show that I often derive inspiration from. Can't wait for the next season to start.

Legend of Korra - one of the few shows that I will clear space on my schedule for. Like Doctor Who, I also am looking forward to the next season, which will start...when, exactly?

Ancient Aliens - I often use this show to fact-check my backstories for The Spectraland Saga.

Mariners Baseball/Seahawks Football/Trail Blazers Basketball - the phrase "and now that you've said that" (see page 242 of Book One) came from watching these teams play. I've adopted a more positive attitude in reason seasons, though, which seems to be having an effect.

Teen Titans Go! - I know this show has its fair share of haters, but c'mon - "The cereal won't go in the bowl"? Hilarious.

Futurama - whenever I'm channel surfing and I see this one coming up, I always have to remind myself of one of my personal rules: "Never not watch Futurama."

Honorable mention: Louie, South Park, Clone Wars (the latter two of which I used to watch religiously), How I Met Your Mother (the finale was ok), Star Trek TNG, Bizarre Foods, Gumball, Adventure Time...hmm, maybe I do watch more TV than I thought.
Posted by Brian Tashima at 9:41 AM