After another go-around in the studio, my band Second Player Score has finished up three more songs, as promised. Go ahead and check them out here. 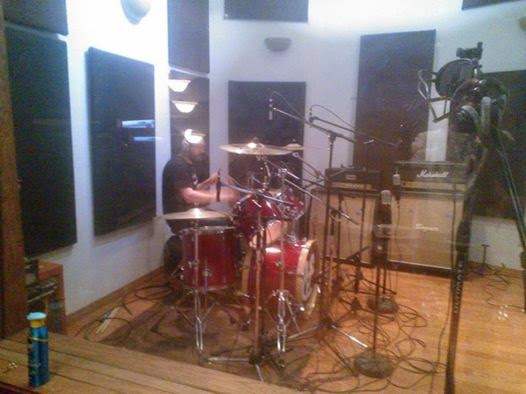 "Anything At All" is an uptempo track that makes for good listening while jogging or working out. At least, I think so, anyway. This song was meant to be an inspiring tune about doing whatever it takes to do whatever it is you want to do. Like, you know, laundry. Or the dishes. Or world domination.

"Hide" used to feature an outro guitar solo that was much, much longer than it is now. Don't worry, the song itself is still only three-and-a-half minutes. Originally titled "The Great Escape" (the name of a Boys Like Girls song and a Pink song and a 1963 movie starring Steve McQueen) and then "Lose Yourself" (an Eminem song), it's a song about escaping from, well, stuff. I dunno, check it out and decide for yourself.

"Desensitized" has some aggro-sounding vocals, a partial result of us receiving some pretty slow service at dinner before we came back to do the vocal tracks. The lyrics are sort of PG, and performed live, they're sort of PG-13. Good times.

Speaking of live, we'll be playing our first show in almost a year on Saturday, July 12 at Shanahan's in downtown Vancouver with our friends Rocket 3 and Stab In The Dark. So, come on down and check it out! We'll be playing everything off of our upcoming album as well as a few more, and every song in our live set now has our patented three-part vocal harmony treatment. It'll be a lot of fun, so hope to see you there.
Posted by Brian Tashima at 7:05 AM